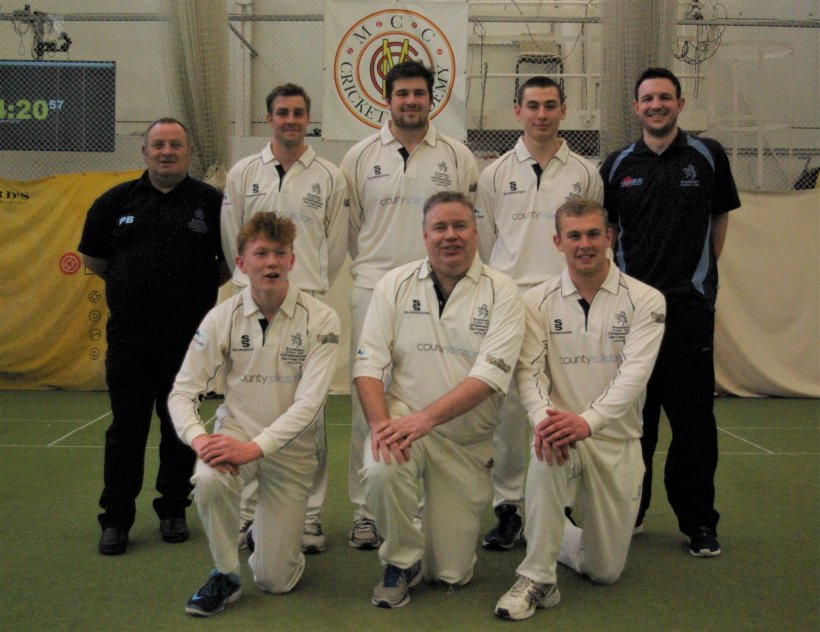 Hagley CC from Worcestershire won on their debut in the Lord’s Final of the ECB Indoor National Club Championship, beating Kent’s Broadstairs CC by two wickets. Broadstairs found themselves runners up for the second year in succession as Lee Nightingale and Michael Stead were key in guiding Hagley to the title.

The final saw Hagley asking Broadstairs to bat first and after losing Andrew Bailey for 6 bowled by Stead, Elliot Fox and Isaac Dilkes scored well before Fox retired on 25. Captain Andy Marshall was quickly run out for 2 and then Dilkes was also run out for 23. Nightingale then bowled Matthew Frewin for 19 before trapping Like Palmer for 1 LBW to leave Broadstairs 79-5. Fox returned and played a brilliant innings and kept going to the end of the 12 overs, ending on 62 not out as Broadstairs reached 114-5.

Broadstairs had the perfect start as Hagley captain Joe Lennon was run out by Marshall for 1, but this brought together Nightingale and Stead. Both reached 25 before retiring but that saw Broadstairs regain the initiative as Fox dismissed Daniel Giles first ball before Ed Rhodes was bowled by Dilkes for 3. Jon McDonnell paired up with the returning Stead and they added 25 before McDonnell was run out by Fox for 16, but this brought Nightingale back and he and Stead showed excellent indoor batting to guide their team to victory, Stead finishing unbeaten on 49 and Nightingale on 37.

Earlier in the day, Broadstairs had beaten the University of Exeter CC by 30 runs in the first Semi Final. After setting an impressive 145-3, Dilkes (33), Fox (31) and Marshall (25) getting the runs, University of Exeter were all out for 115 despite the efforts of Ross Powell who hit 53.

In the second Semi Final, Hagley took on Woodlands CC from Yorkshire. Woodlands batting first and struggled to 88 all out with Greg Finn (42) and Kez Ahmed (27) the only batsmen to reach double figures. Nightingale (28), Lennon (26) and Stead (23) eased Hagley to victory by five wickets.

Broadstairs' remarkable Kent Cricket League T20 cup run came to an end on Sunday in a tense encounter at home to Premier Division side Tunbridge Wells...