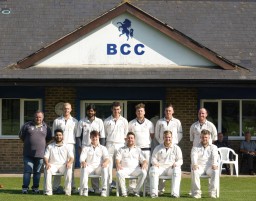 Broadstairs 1st XI finished the 2018 on a high with a comprehensive win at home to Champions-elect Upchurch and an abiding sense of what might have been. The win combined with Hayes’ defeat to Whitstable means that both teams end up with 229 points but Broadstairs narrowly miss out on promotion having won fewer matches when batting first.

Losing the toss and batting first, the new opening partnership of Jack Wheeler and Elliot Fox got the innings off to an excellent start with both players seeing off some tricky seam bowling from Mitchell and Mawson and Wheeler in particular, punishing the occasional loose delivery with a series of boundaries. Their 66 run partnership came to an end in the 18th over when a quicker ball forced Wheeler (44) to rush his pull shot, resulting in a straight-forward catch off a top-edge. Dewell joined Fox at the crease and together they put on a further 29 runs before Fox (30) mis-cued to mid-wicket. With the score on 95-2, the spectators sensed the innings could go one of two ways with recent middle-order batting collapses fresh in their minds. However, Dewell (26), Swaroop Dasari (25) and Matthew Frewin (17) were able to score valuable runs and pushed the score onto a very healthy-looking 153-4. It was at this stage the feared mini-collapse did appear and by the 46th over, the hosts found themselves at 172-9 and in danger of not seeing-out their overs. The final wicket combination of Alfie Huntley (13) and Callum McCormick allayed these fears with the addition of 29 runs in the final 4 overs. Broadstairs finished on 202, a total that they felt was competitive given the somewhat unpredictable nature of the pitch and their strong spin attack.

As it turned out, Upchurch got off to a flyer, reaching 32-0 in the first 6 overs. The replacement of Fox by Dasari up the hill proved to be a master-stroke with leg-spinner claiming 3 wickets off his 5 overs at a coast of just 11 runs, including the key wicket of overseas Aaron Johnson. Harry Carter’s pace down the hill led to the removal of the dangerous Aaron Walker who had reached 21 in as many deliveries.

With the departure of the main batting threats, the spin combination of Chris Kidd (2-7) and Frewin (2-11) shared 4 of the 5 remaining wickets, Masoud Rangin completing the set with the dismissal of skipper Masters. Upchurch finished all out for 89, 113 runs short and with nearly half the available overs still remaining. 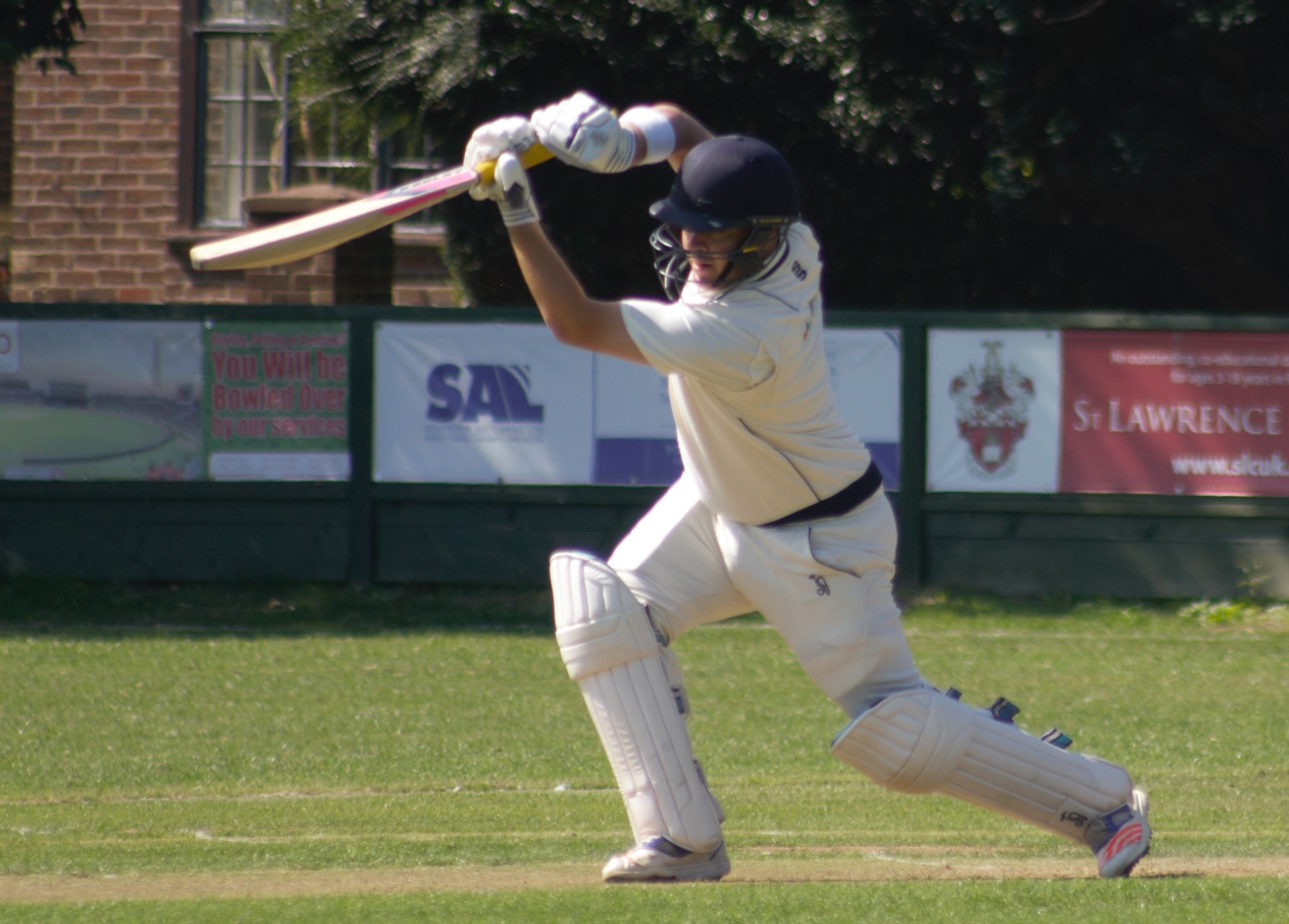 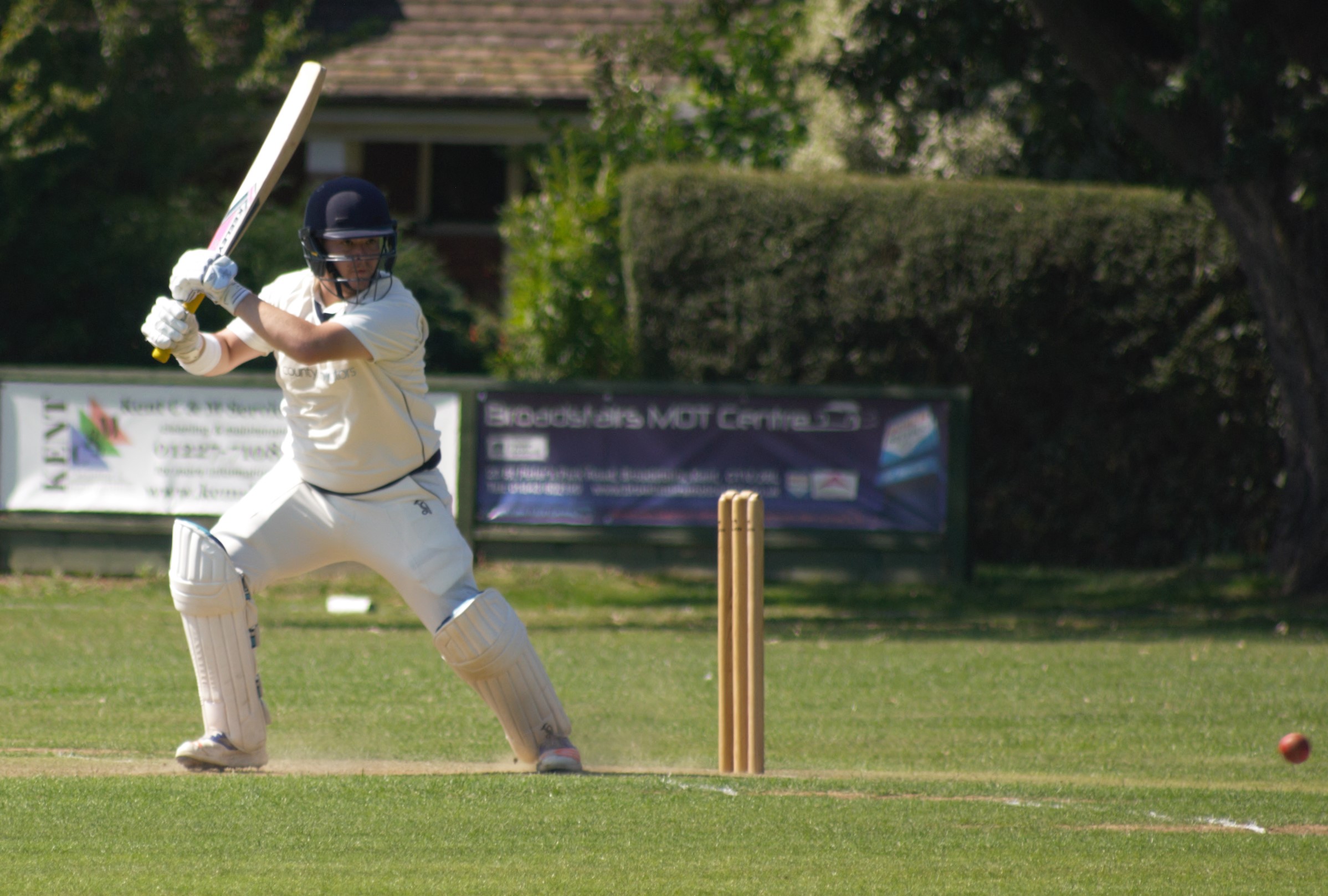 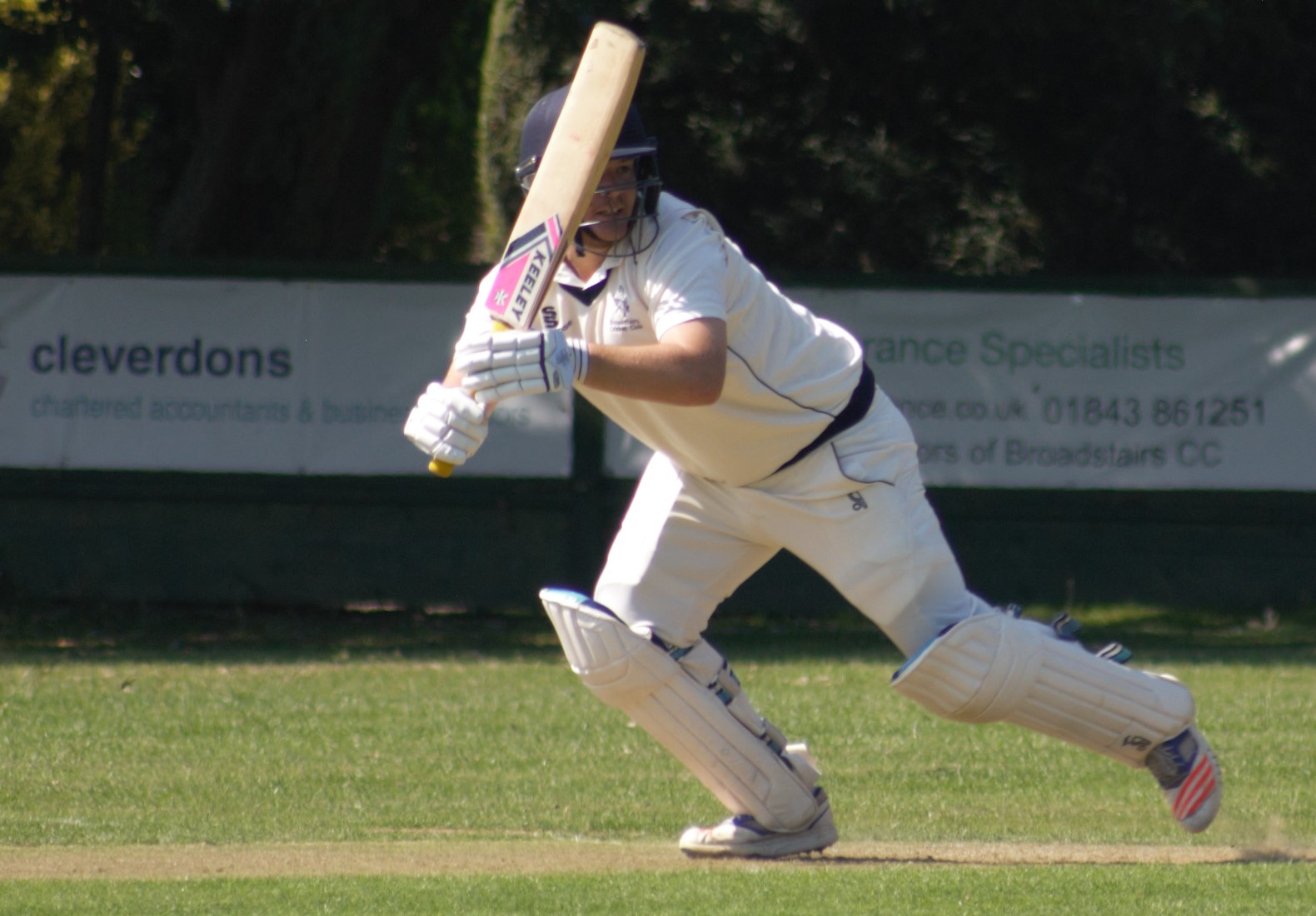 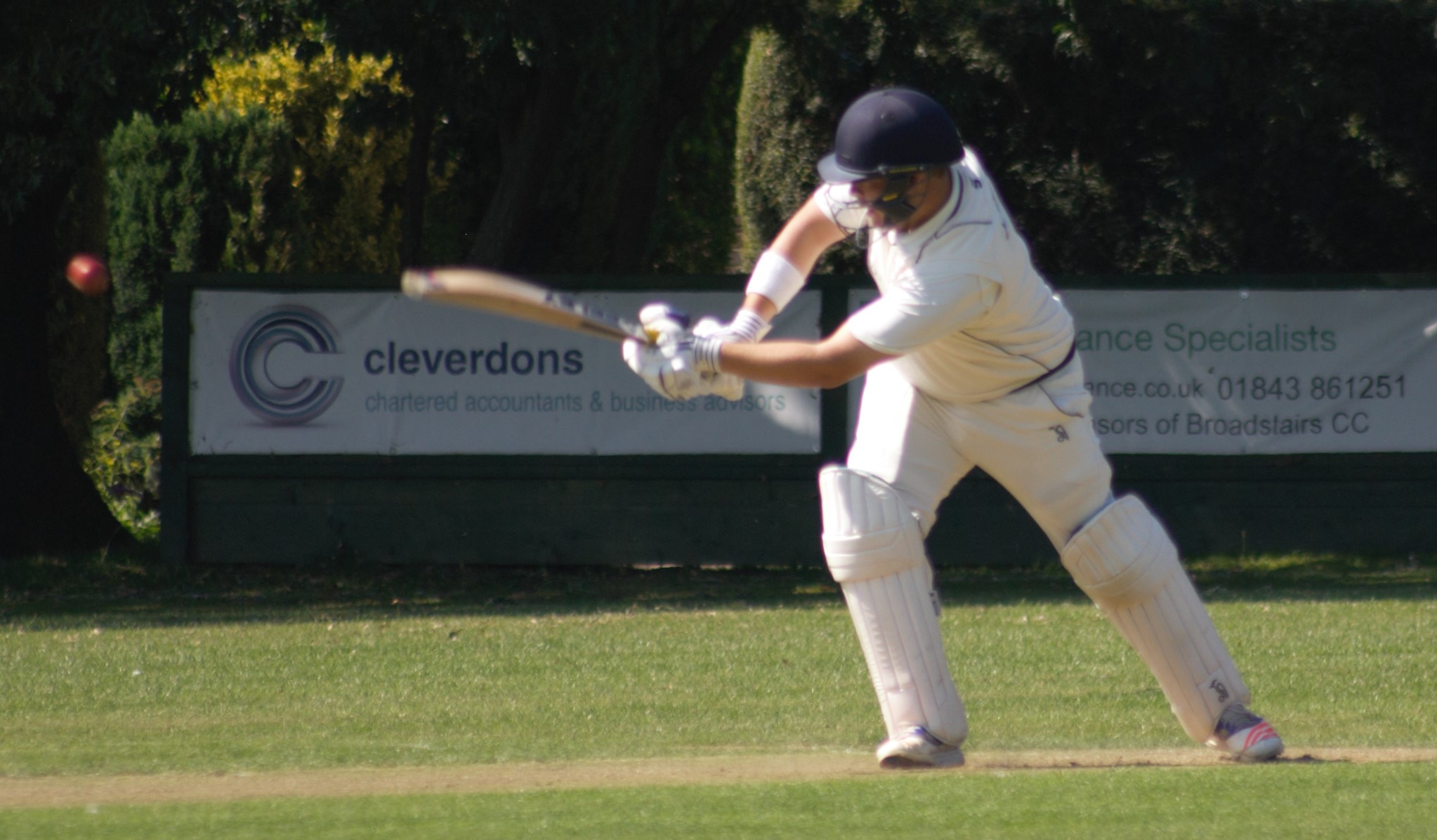 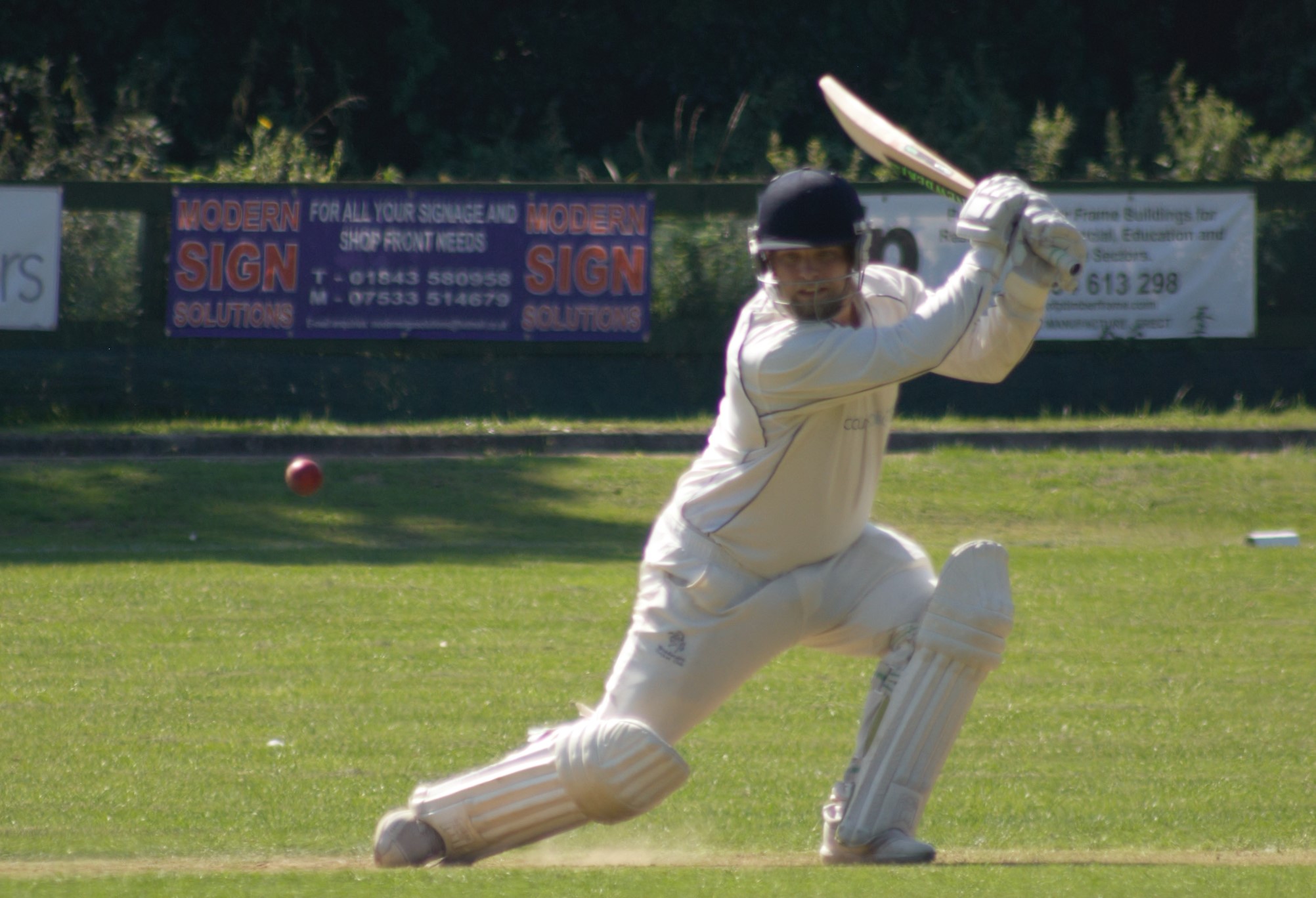 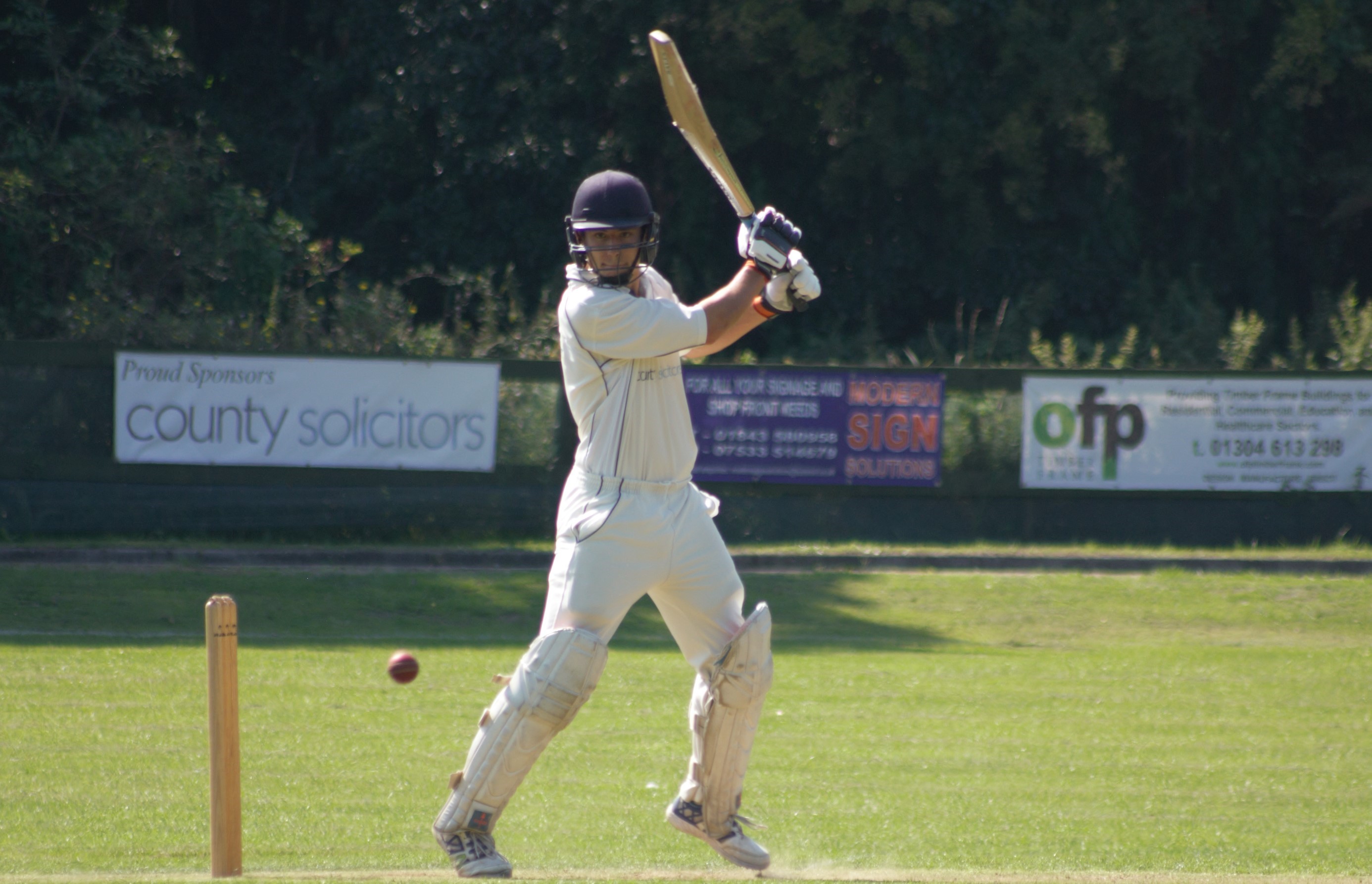 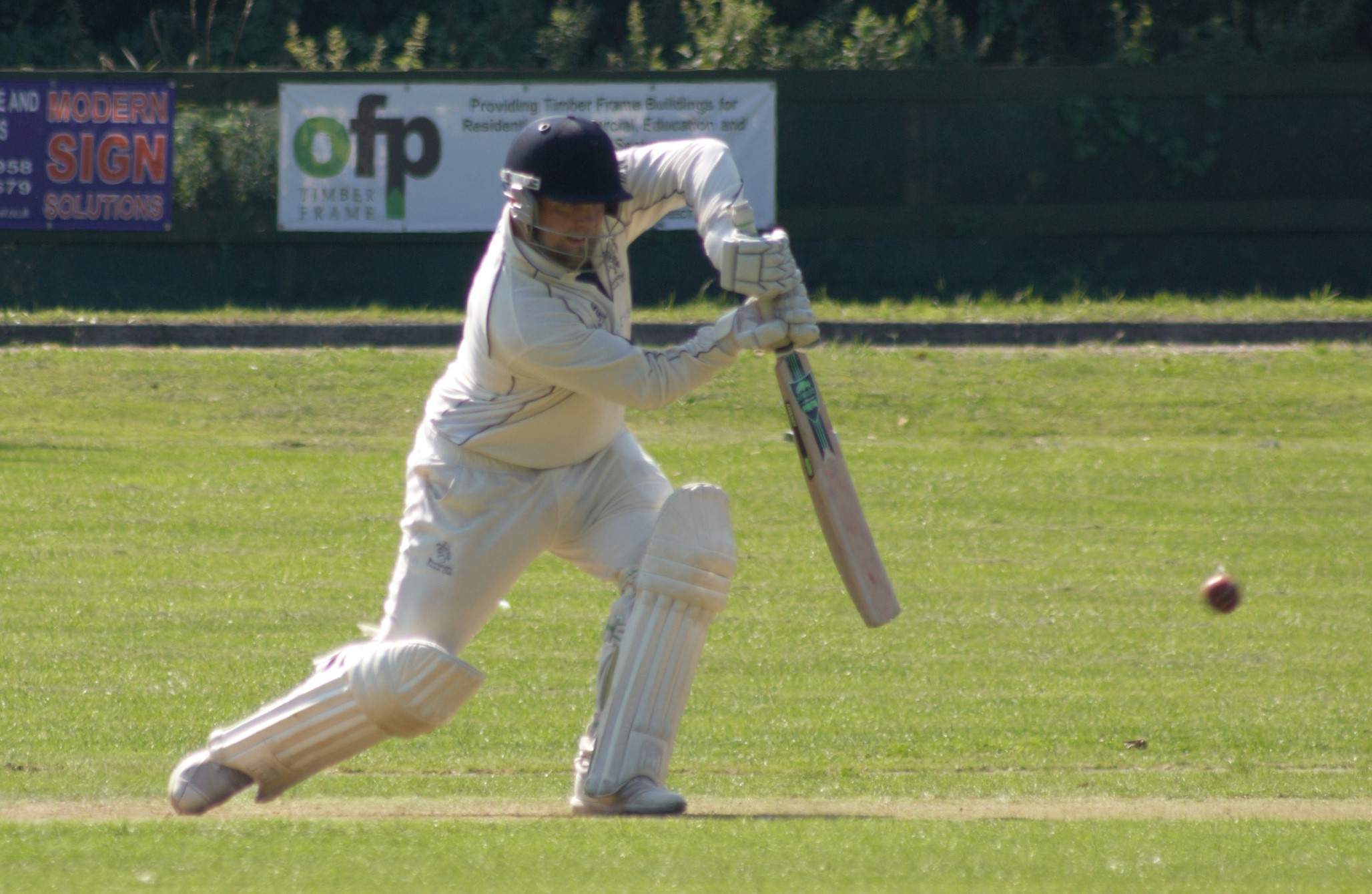 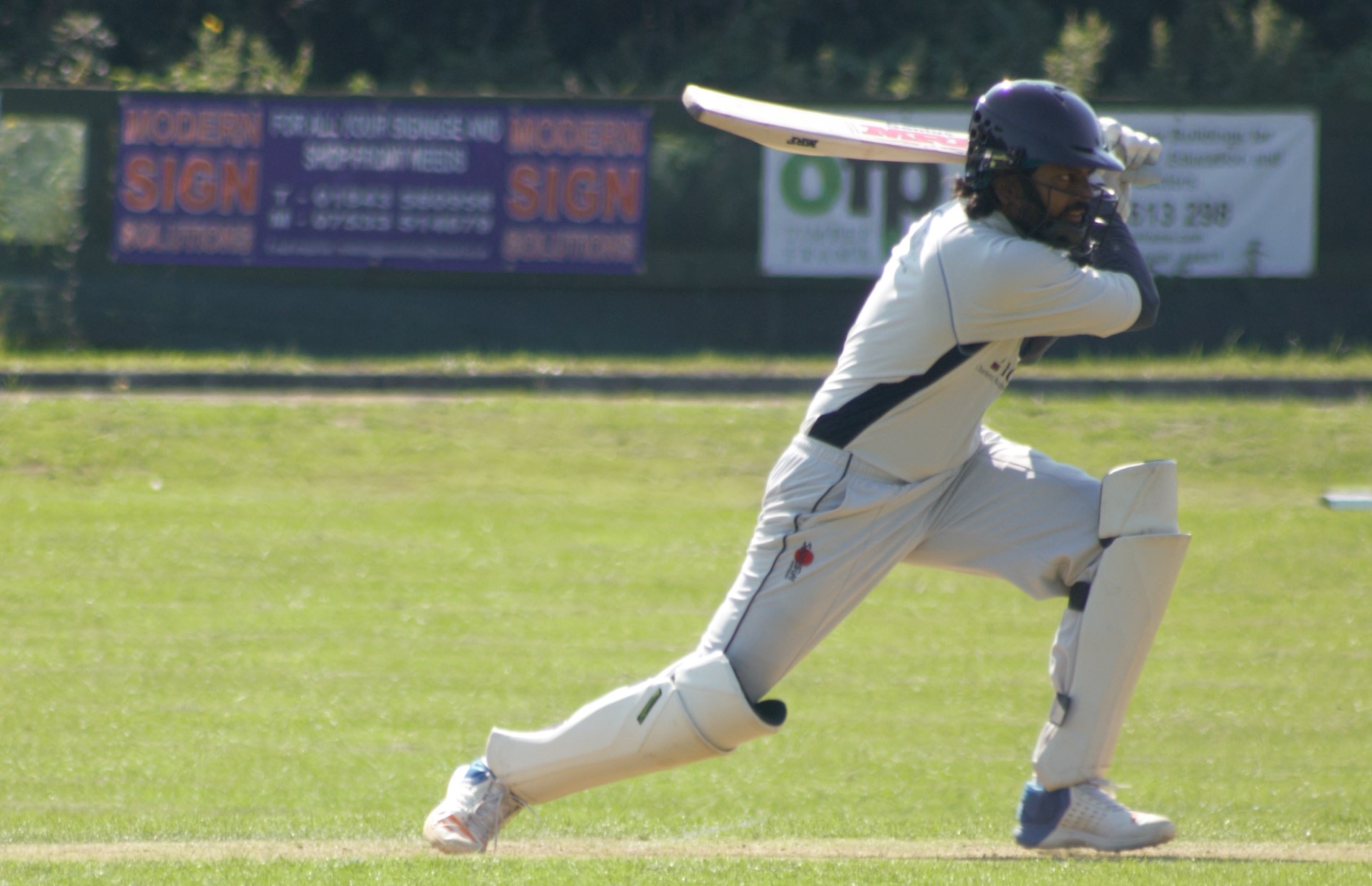 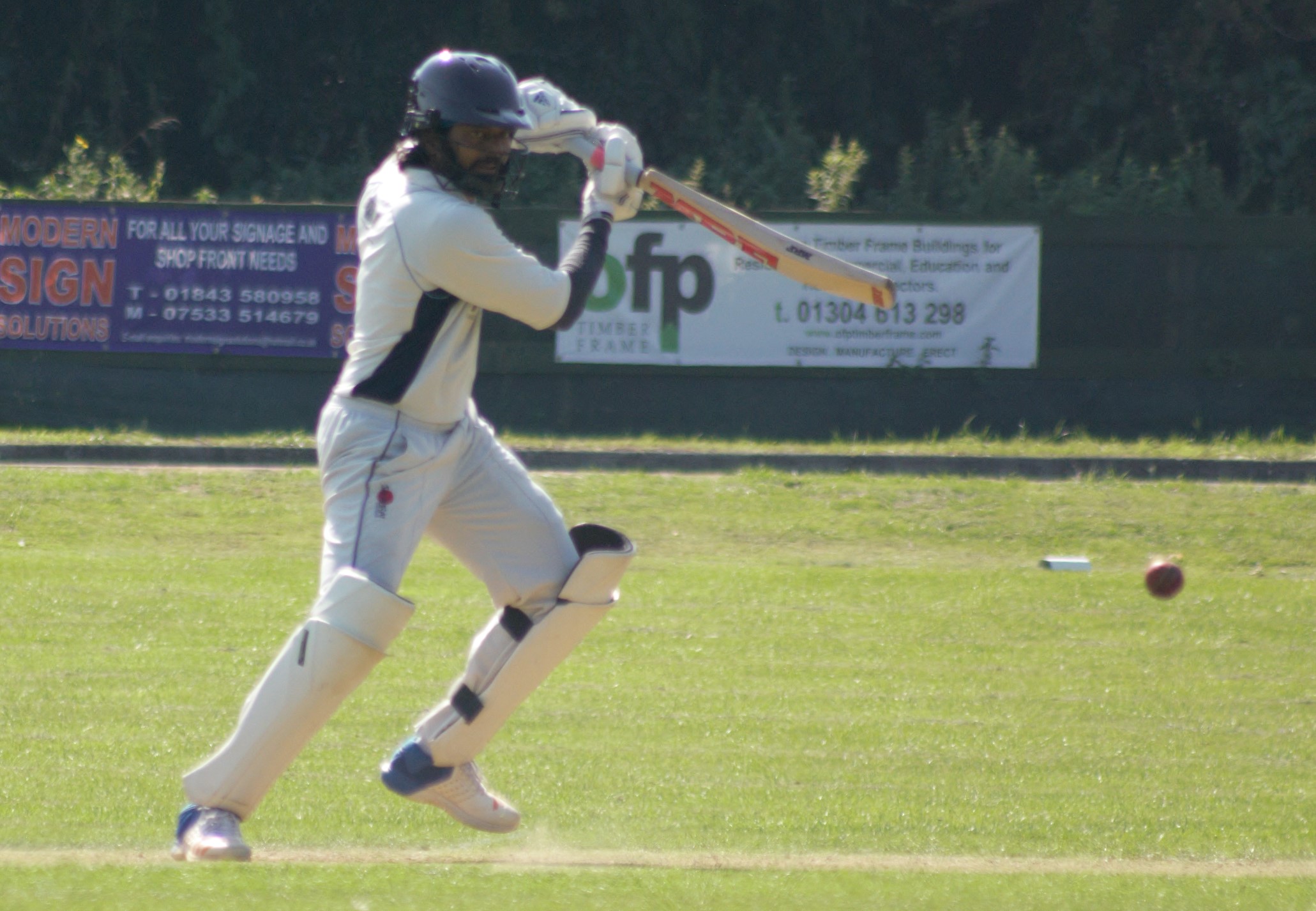 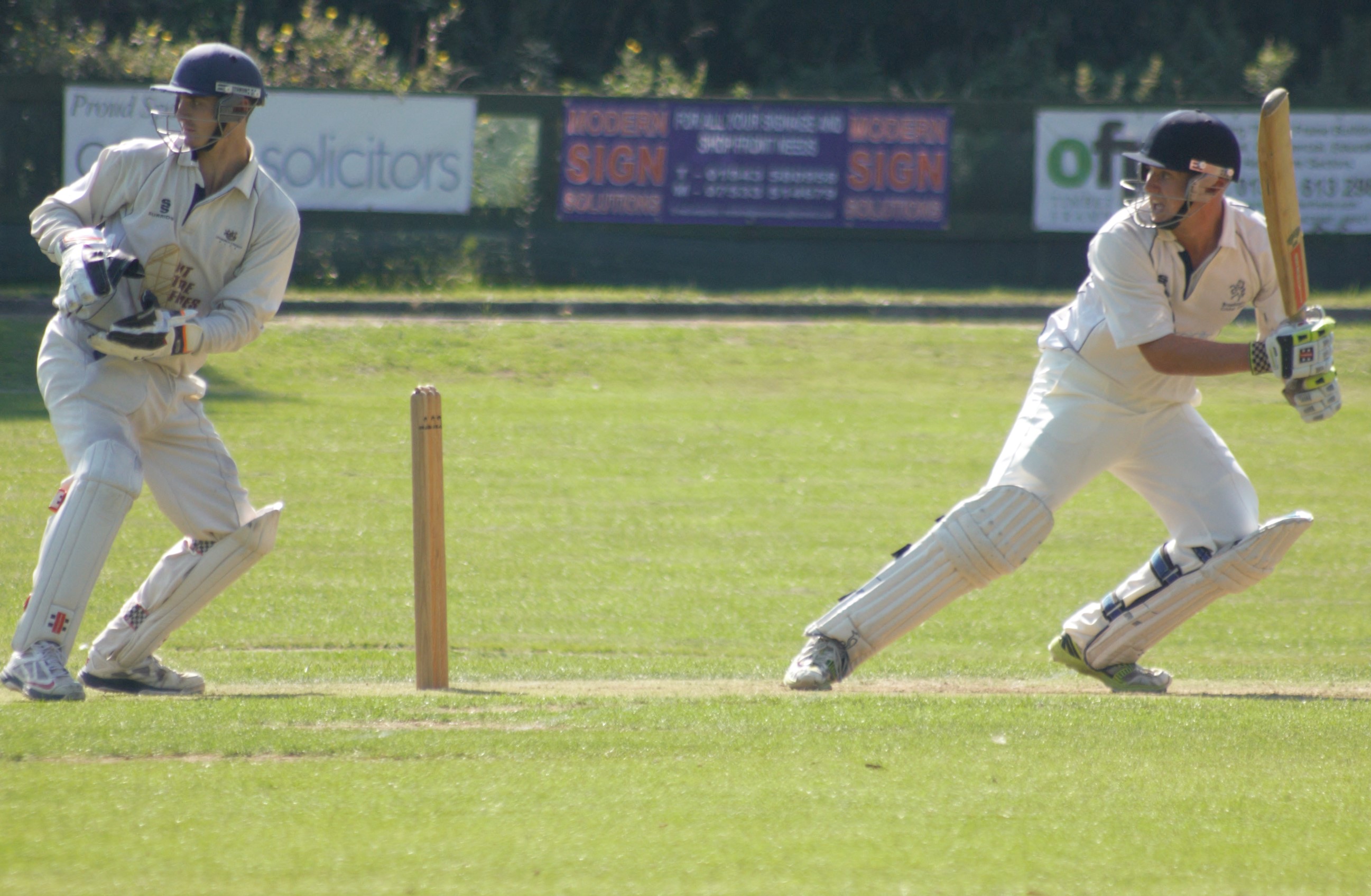 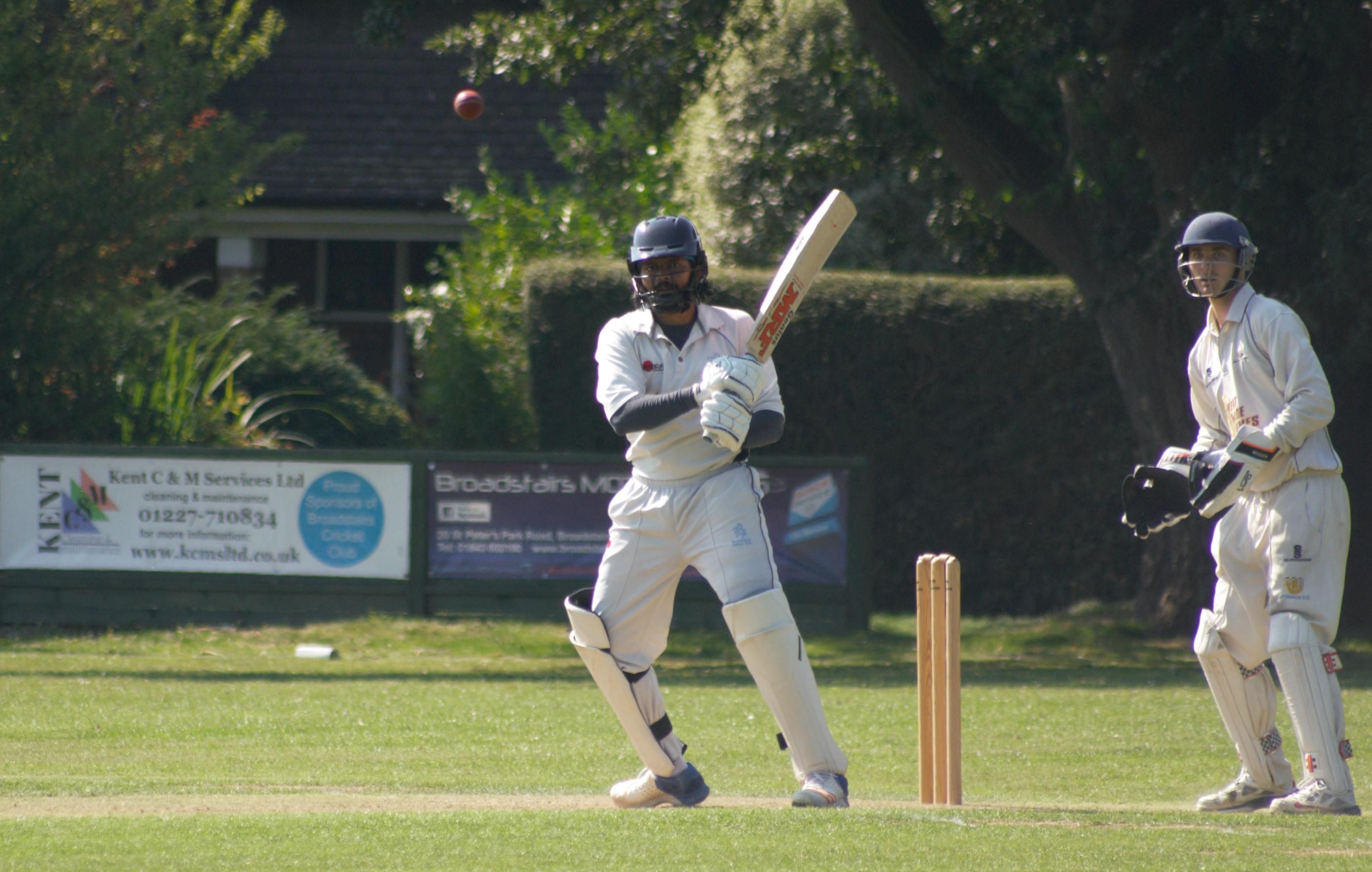 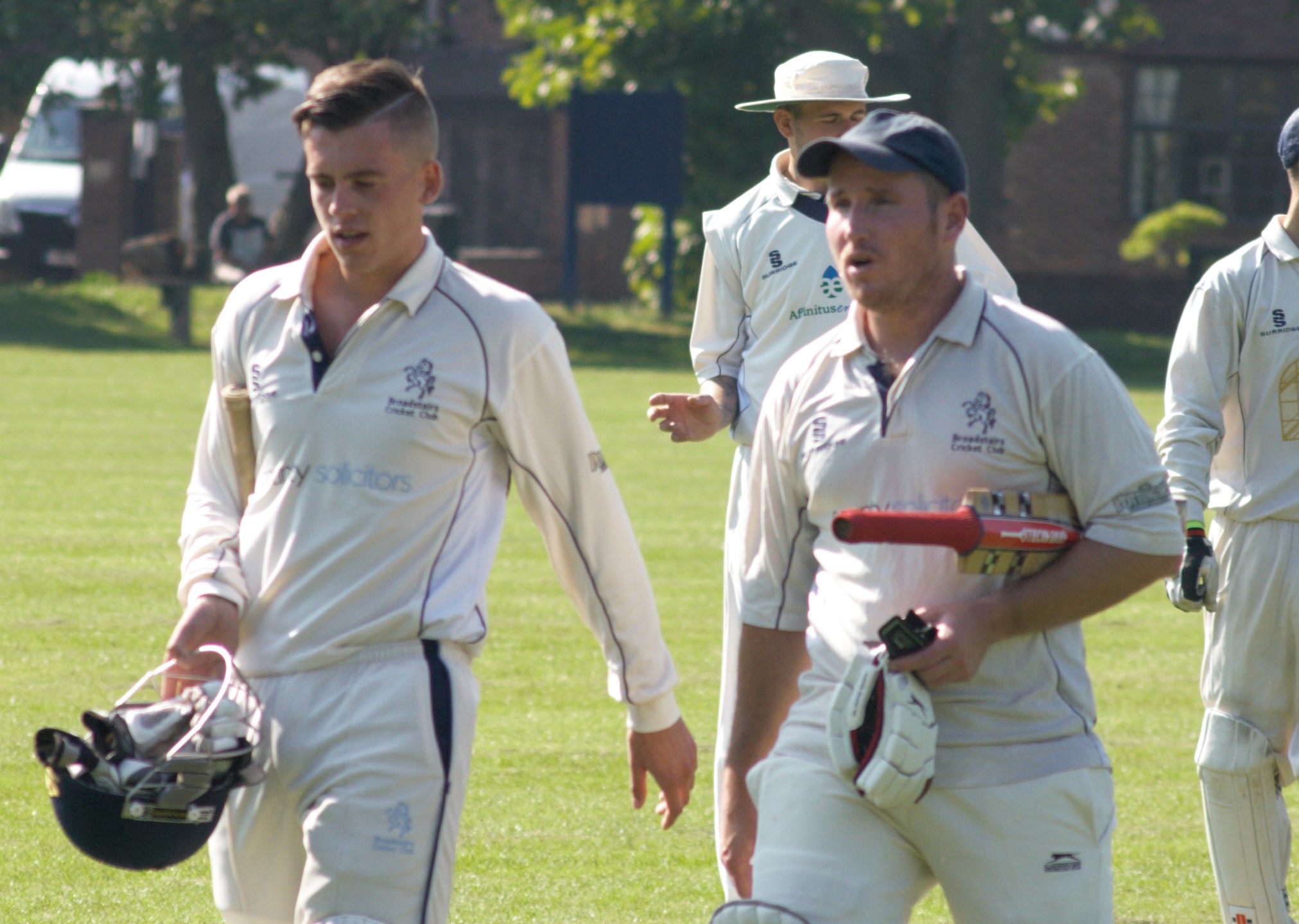 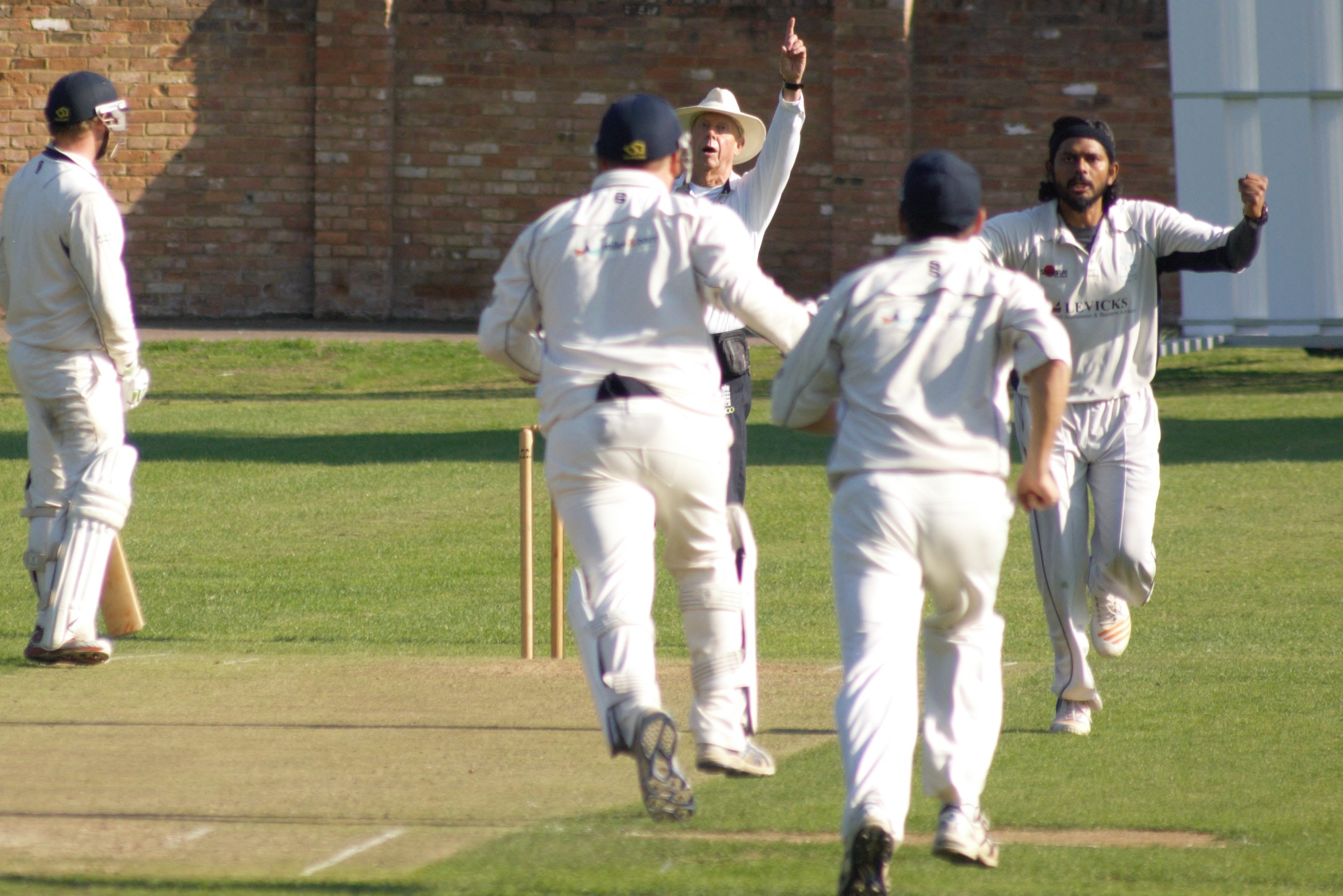 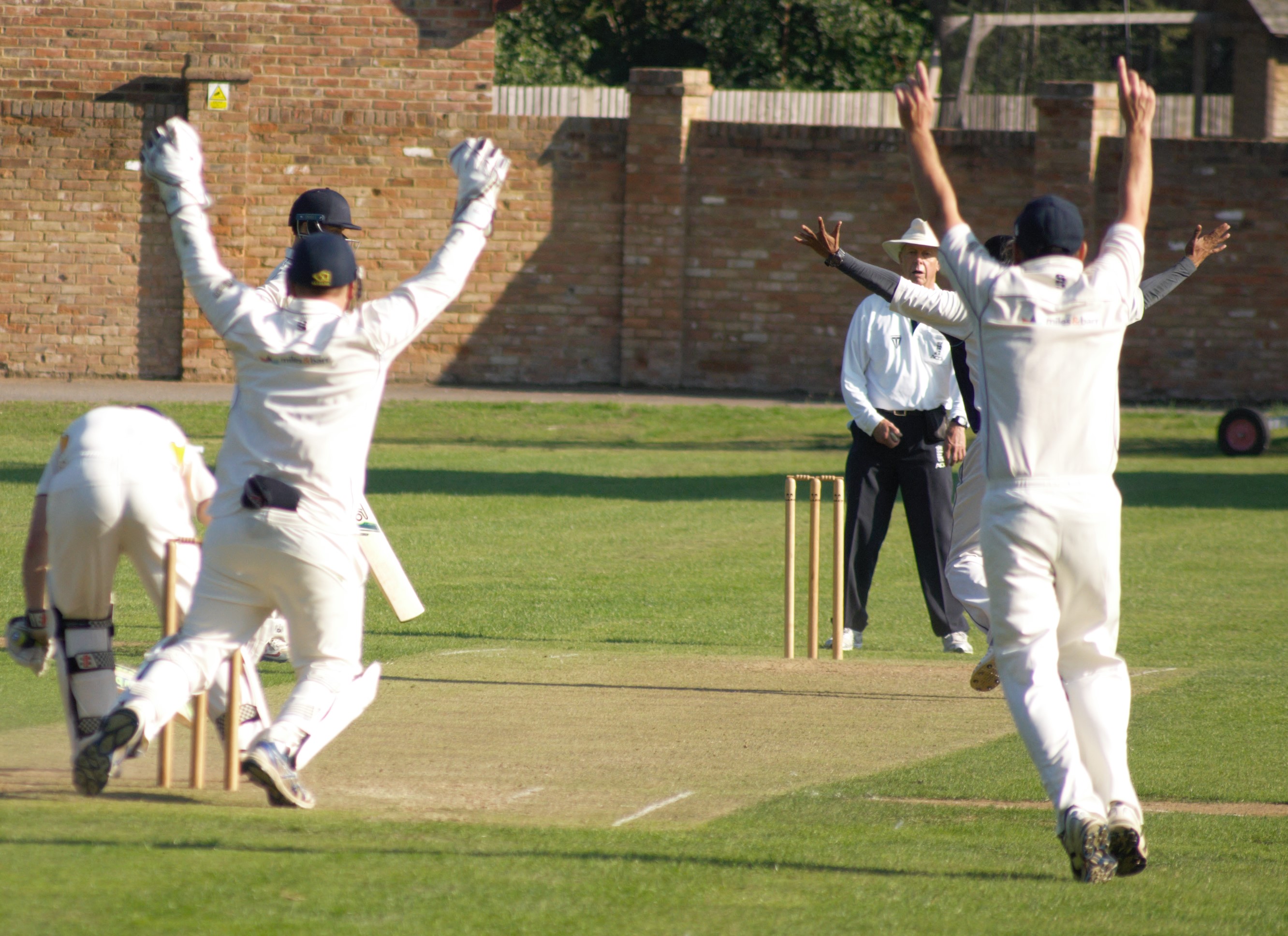 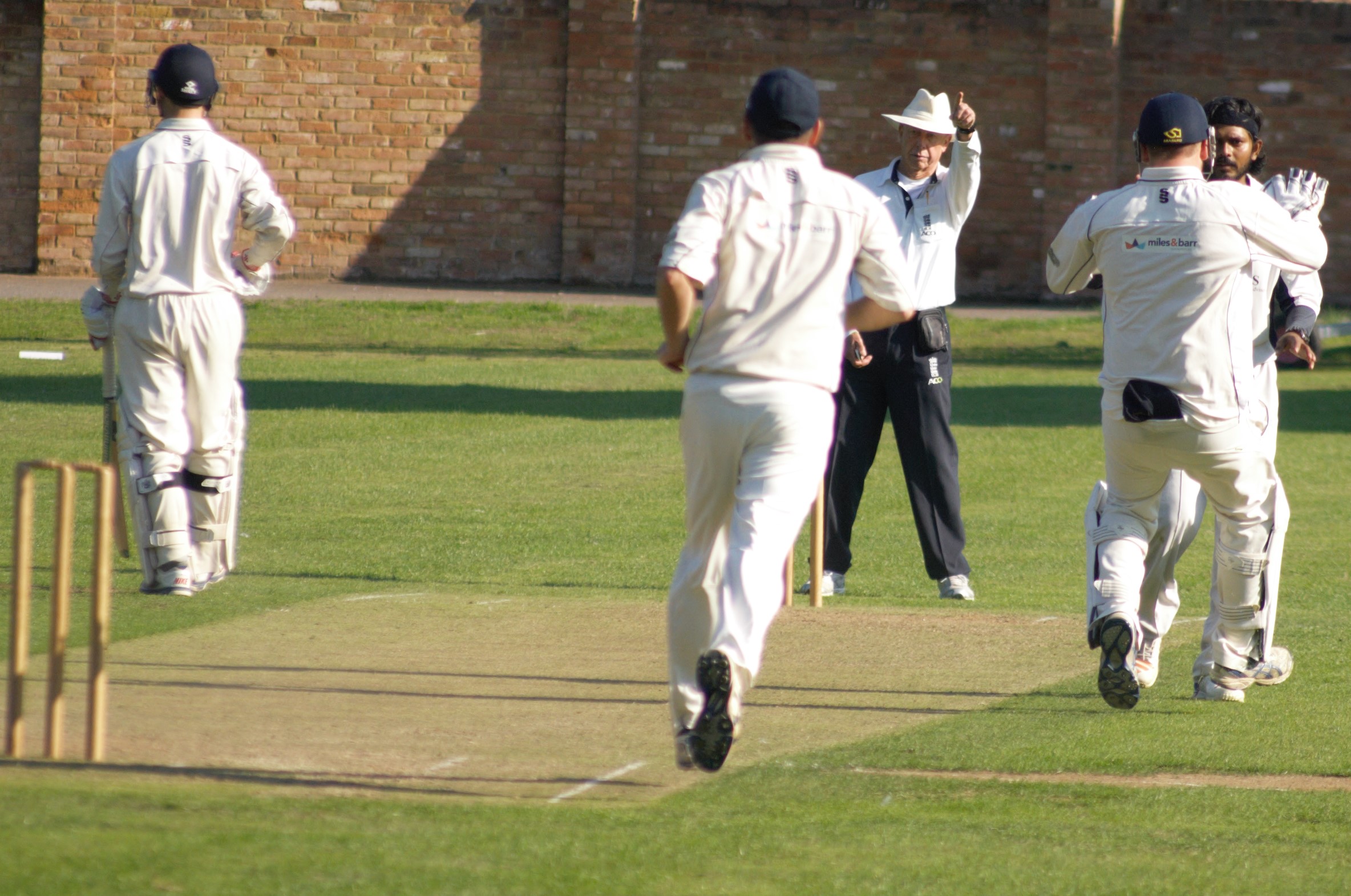 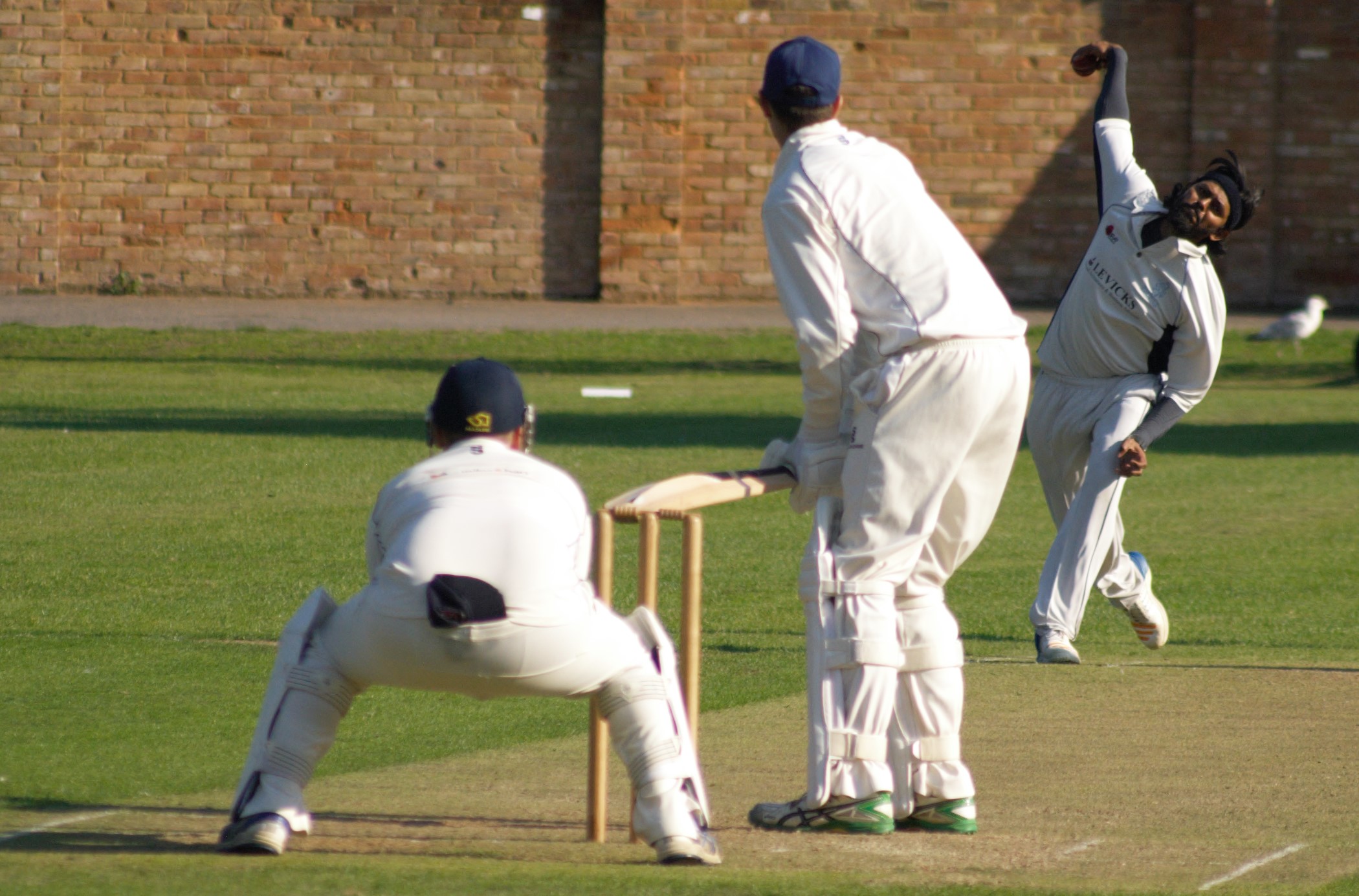 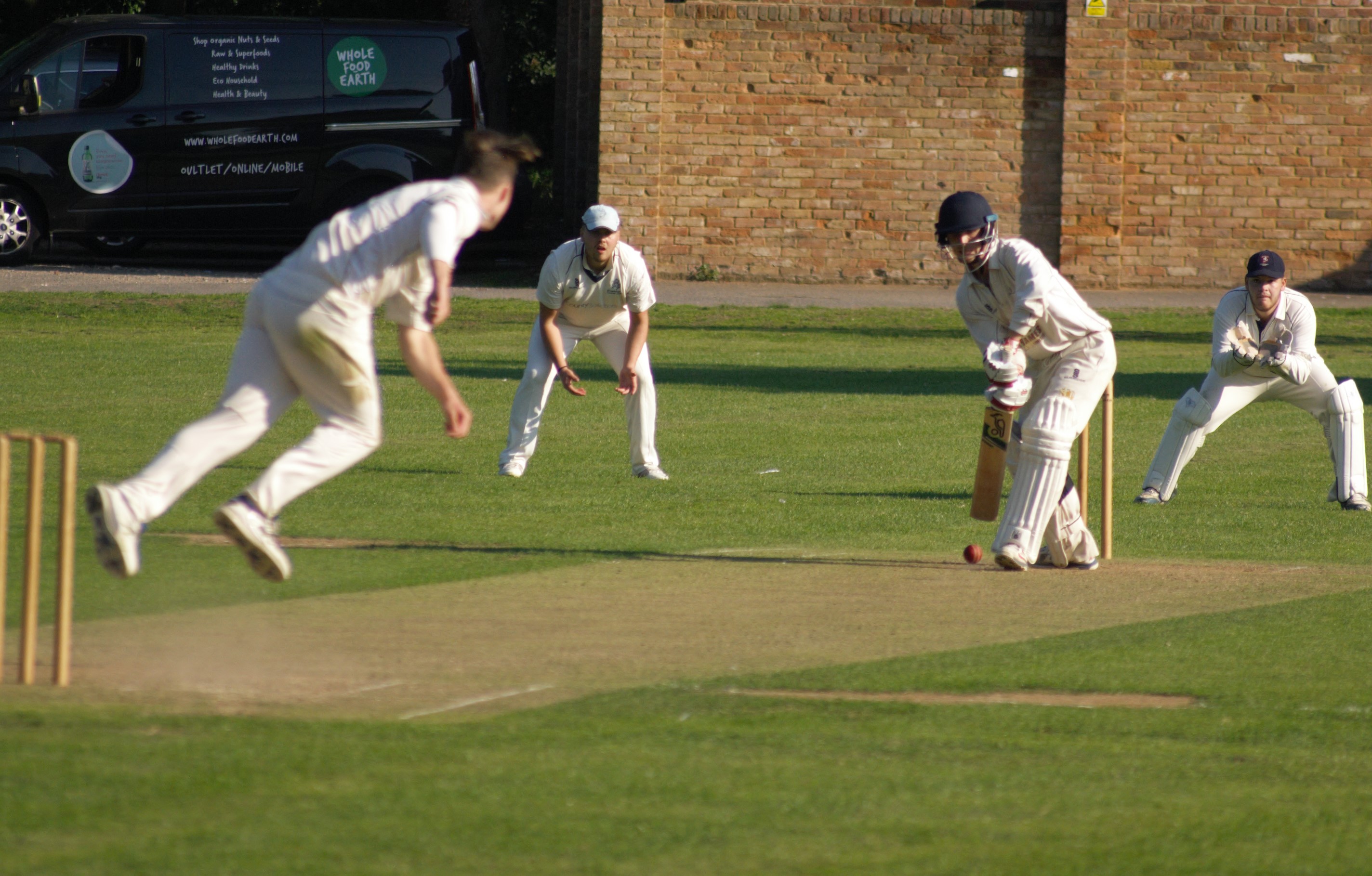 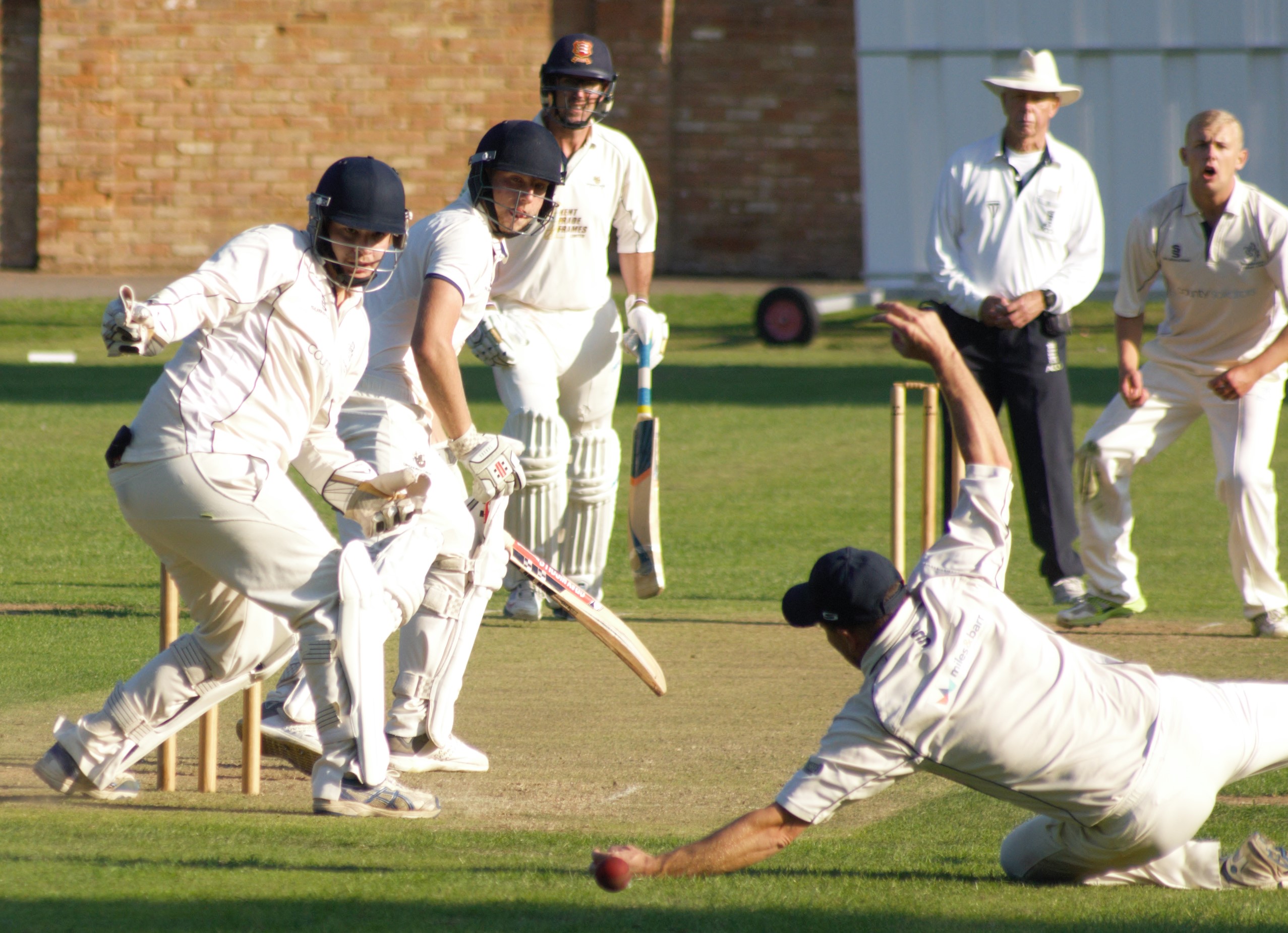 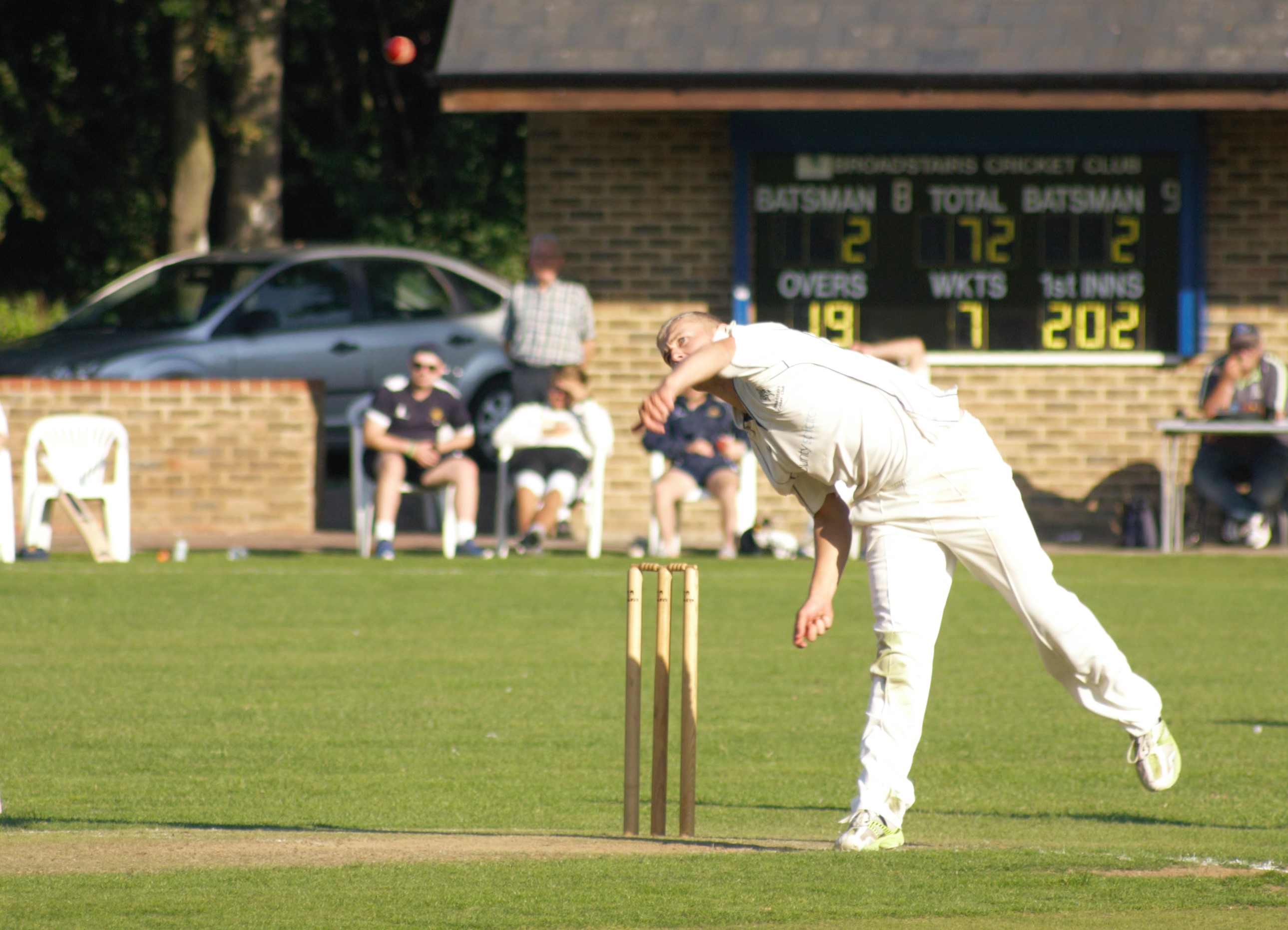 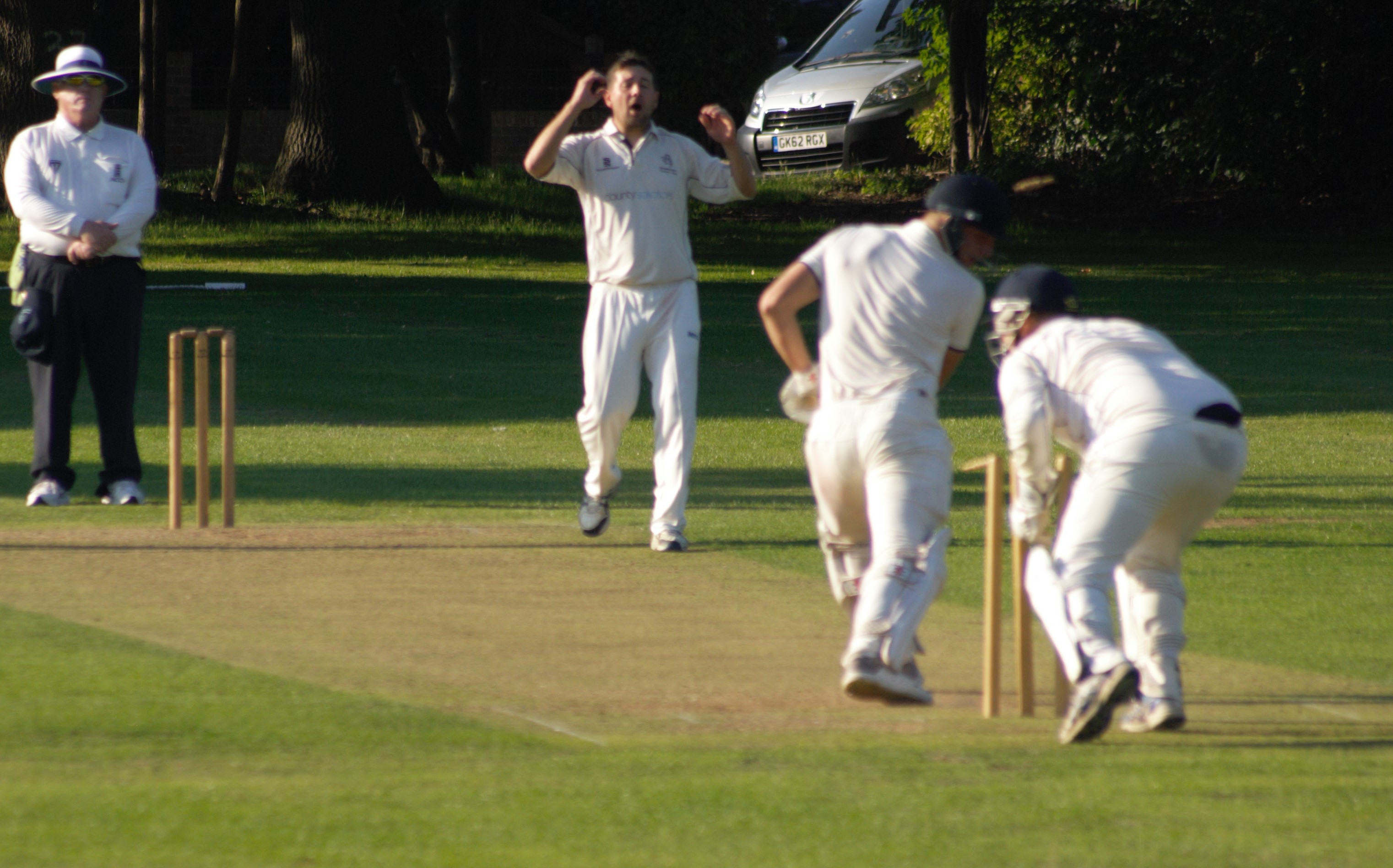 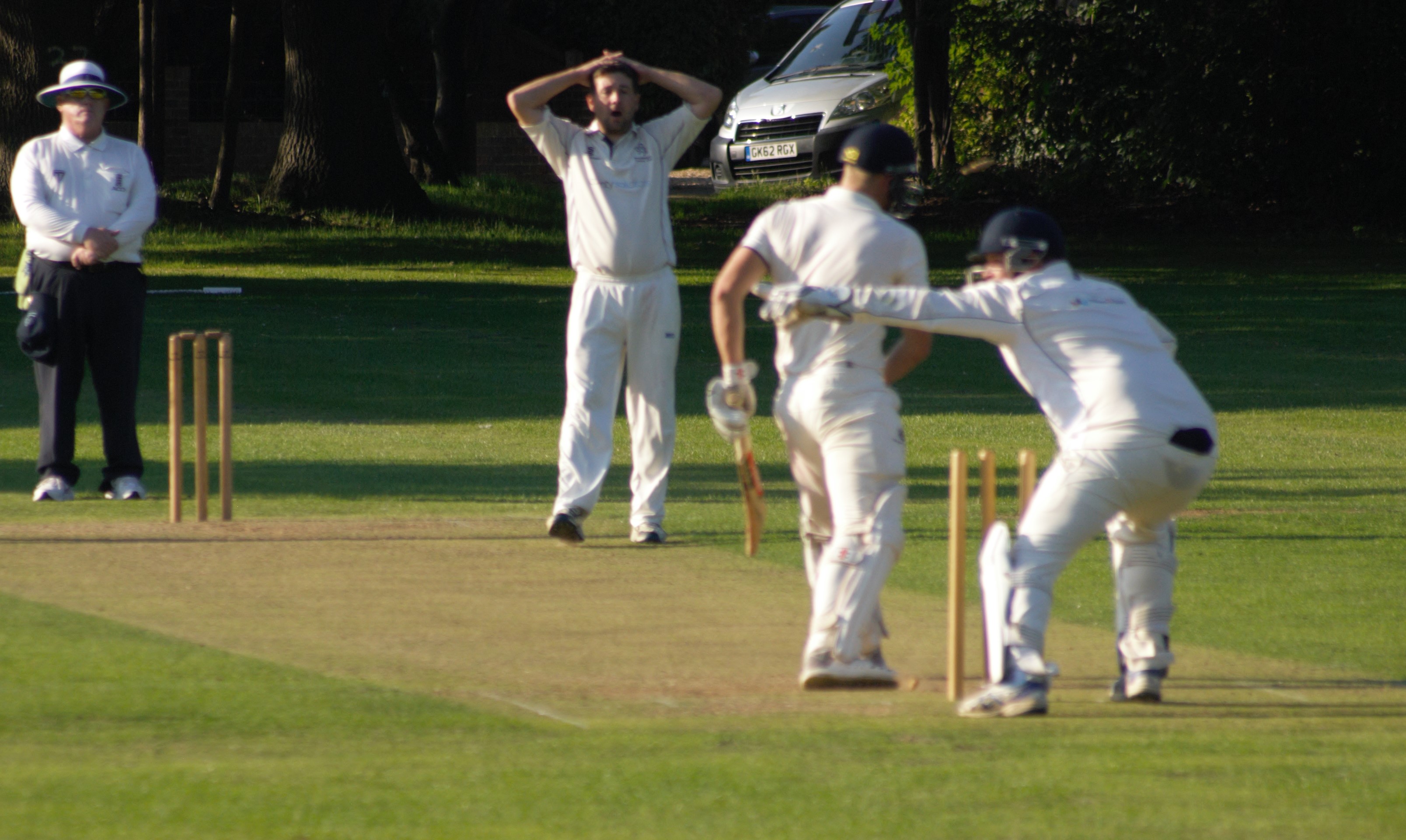