Broadstairs 1st XI continued their winning ways with a comfortable win at home to Gore Court, chasing down a modest target of 154 with 17 overs to spare. Losing the toss and invited to field, the opening bowling partnership of Farjad Yasir and Elliot Fox restricted Gore Court’s scoring to 39 in the first 10 overs, although no wickets fell during this opening period. This pattern continued as the bowling partnership switched to Masoud Rangin and Swaroop Dasari with Dasari (1-19 off 10 overs) presenting a persistent threat. The Gore Court batsmen eventually succumbed to the pressure when Paul Edwards, who had survived an earlier enthusiastic run out appeal, was successfully run out by Matthew Frewin for 20, bringing to the crease the overseas batsman Bowers. He was quickly into his stride and began to push the scoring rate along with a succession of ramp shots and confident hitting. His partner Campbell was dismissed in the 20th over, stumped by Chris Flint off the bowling of Dasari and Bowers was then joined at the crease by Kanotra.  By the start of the 25th over, the score was 84-2 and the visitors were looking well-placed to set a competitive target. However, the turning point for the innings came at this half-way point when Chris Kidd, in his first over, dismissed Bowers for 26, prompting a slow-down in run-scoring which was to continue through to the end of the Gore Court innings. Matthew Frewin (4-27) and Jamie Dewell (2-12) were able to work their way through the lower order, Frewin adding an acrobatic catch to his wickets and run-out to round off another impressive performance from him. Gore Court finished on 153-9, a below-par score for a batting-friendly pitch and testament to the strength in depth of the Broadstairs bowling coupled with some excellent fielding.

Whilst the hosts eventually achieved the target with wickets and overs to spare, the 2nd innings did not proceed as smoothly as it might have done. The scratch opening partnership of Fox and Andy Marshall, who had been drafted-in at short notice for the injured Luke Palmer, lasted just a couple of overs with Marshall trapped LBW by Boynes for 1. Fox was then joined by Flint and they set about their task in a measured manner, having to see off some high quality bowling from Boynes and  Asilzada. By the end of the 7th over, only 8 runs had been added to the total although Azilzada’s 4th over yielded 13 runs and the Broadstairs reply was up and running. The partnership between Fox and Flint continued to flourish for the subsequent 10 overs and they had advanced the score to 79 when Flint (32) was caught at mid-off, ending what had been his best innings of the season. Dasari was in next and raced to 13 in just 8 balls before lobbing one to cover for a simple catch and his place at the crease was taken over by Jack Wheeler whose rapid-fire scoring accelerated the total to 127 before he too succumbed, LBW to Asilzada. This wicket was quickly followed by the loss of Callum Morgan (0) and Dewell (7) although throughout, Fox (55*) remained calm and assured and he was able to steer the side home, achieving his 7th half-century in 8 matches in the process.

The win is a significant boost to Broadstairs promotion chances, extends the gap between them and 3rd place Hayes to 47 points. Next week represents the half-way point in the season and takes Broadstairs to Upchurch in what promises to be an intriguing top-of-the-table clash. 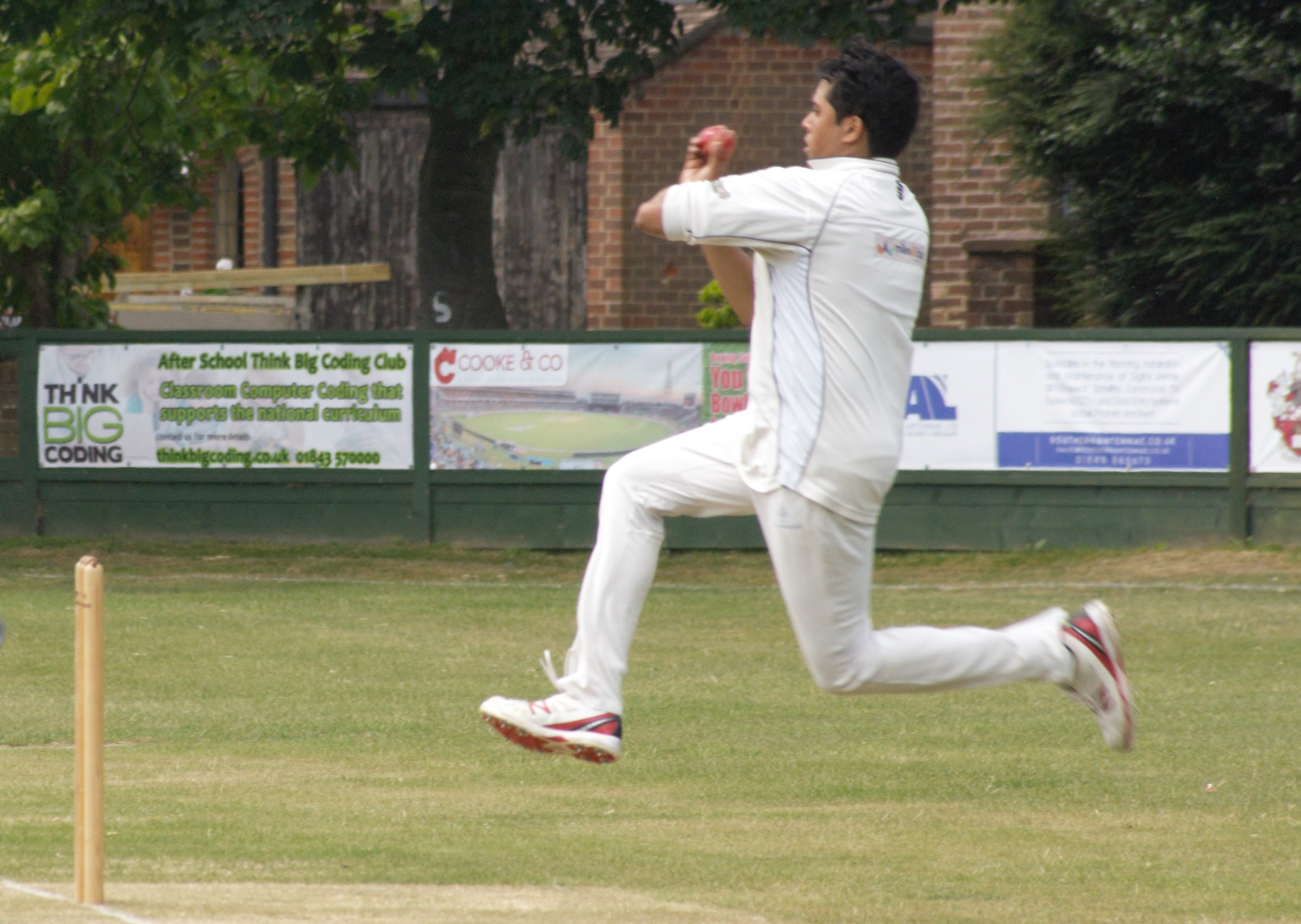 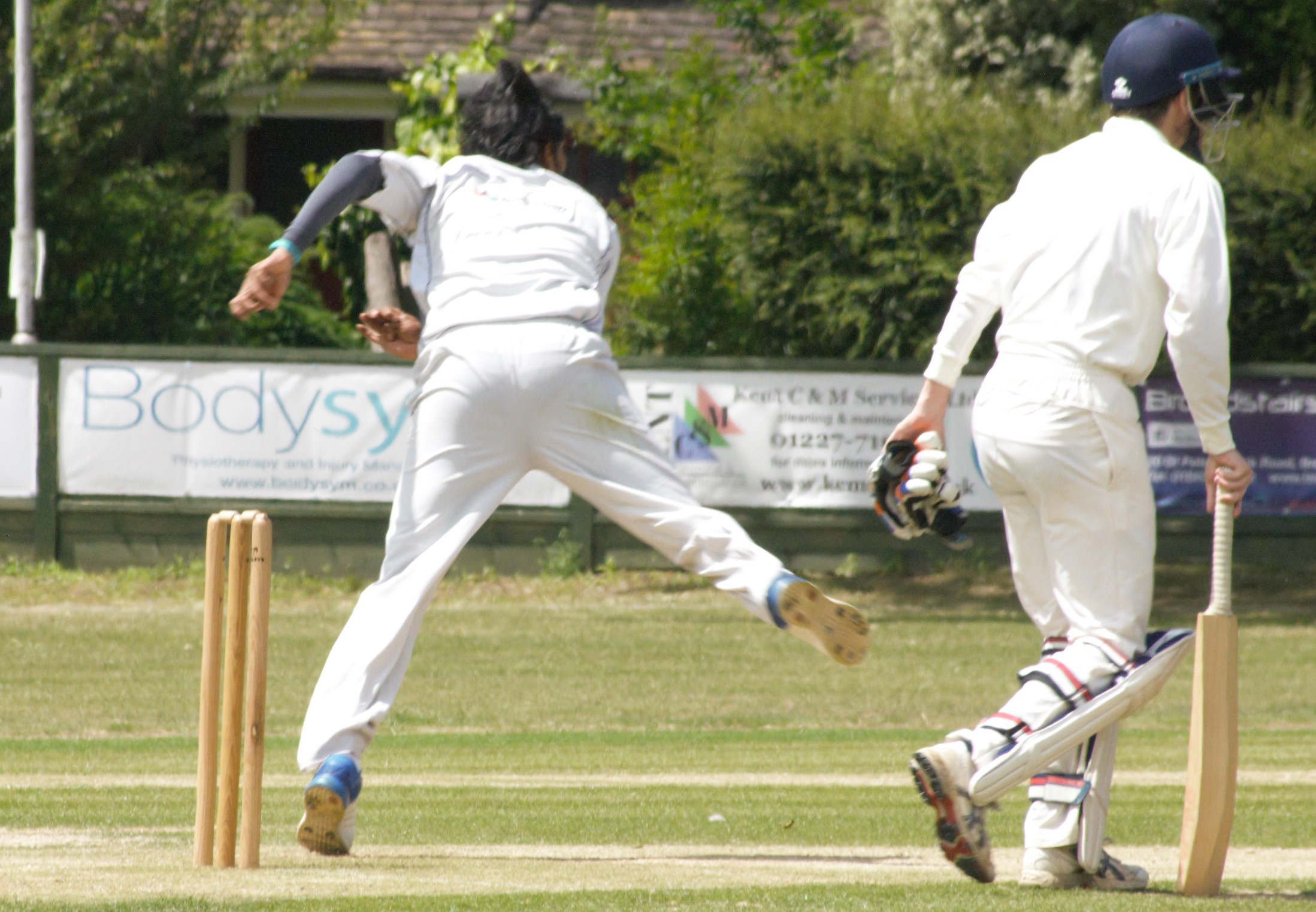 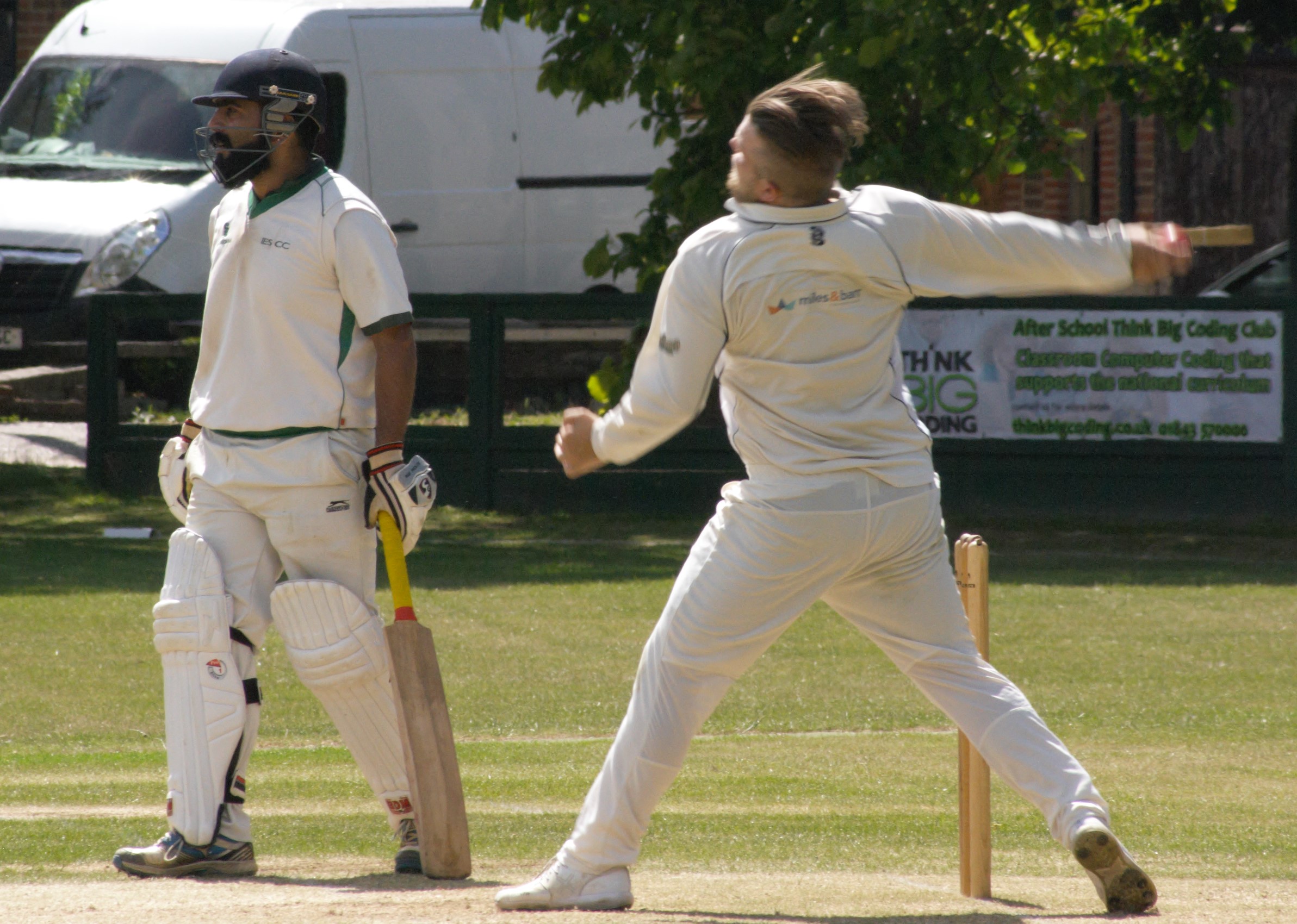 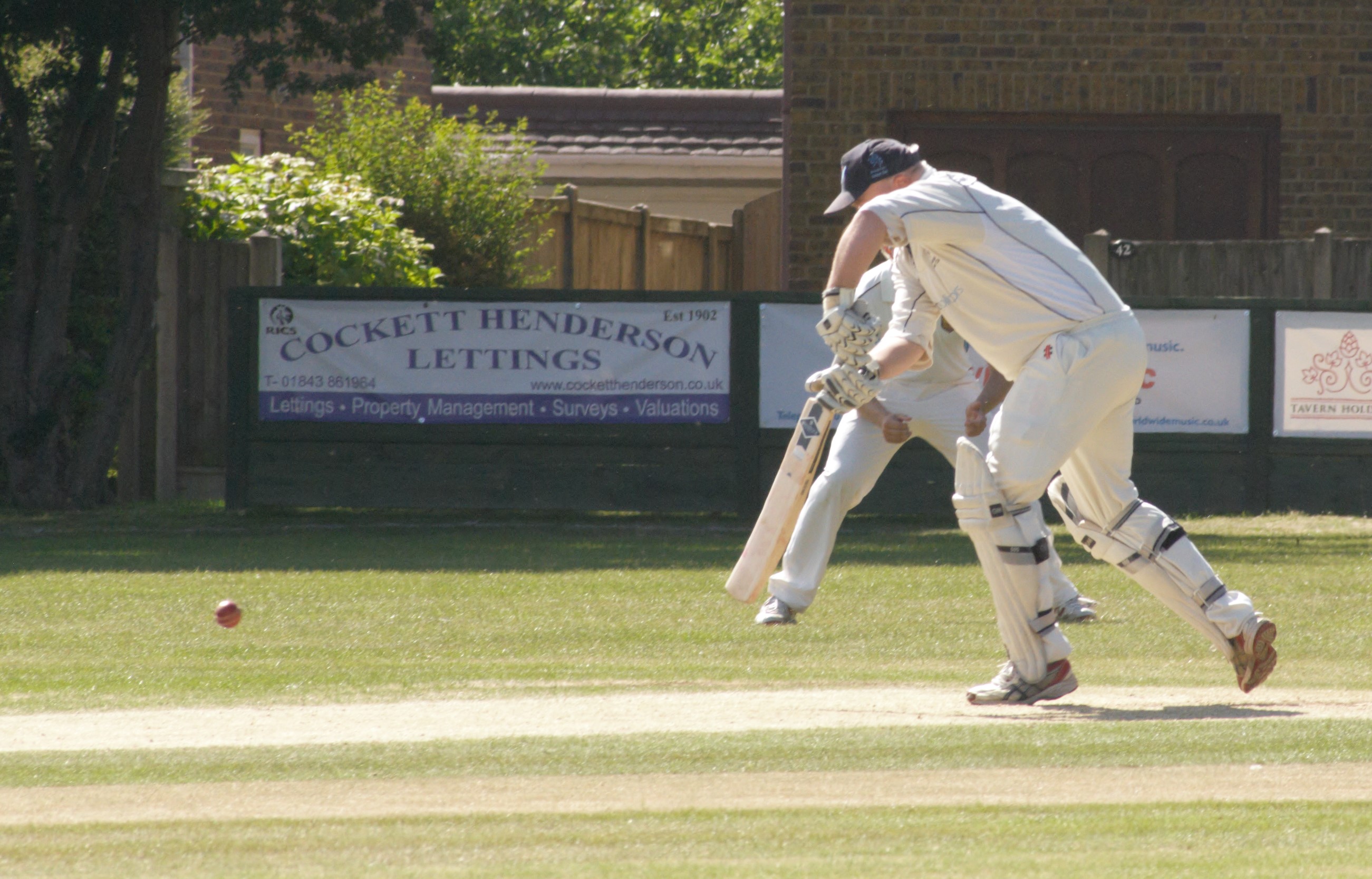 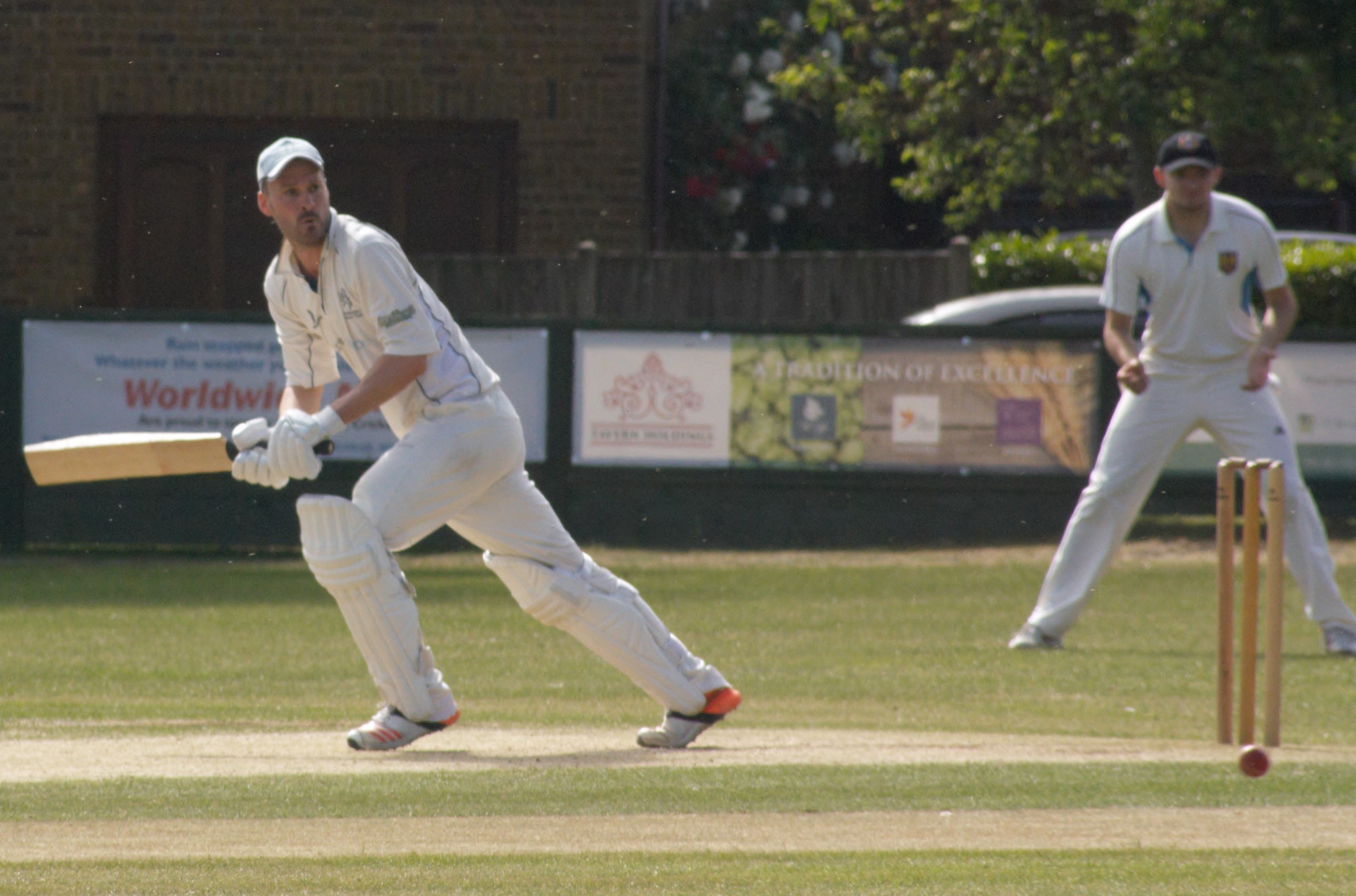 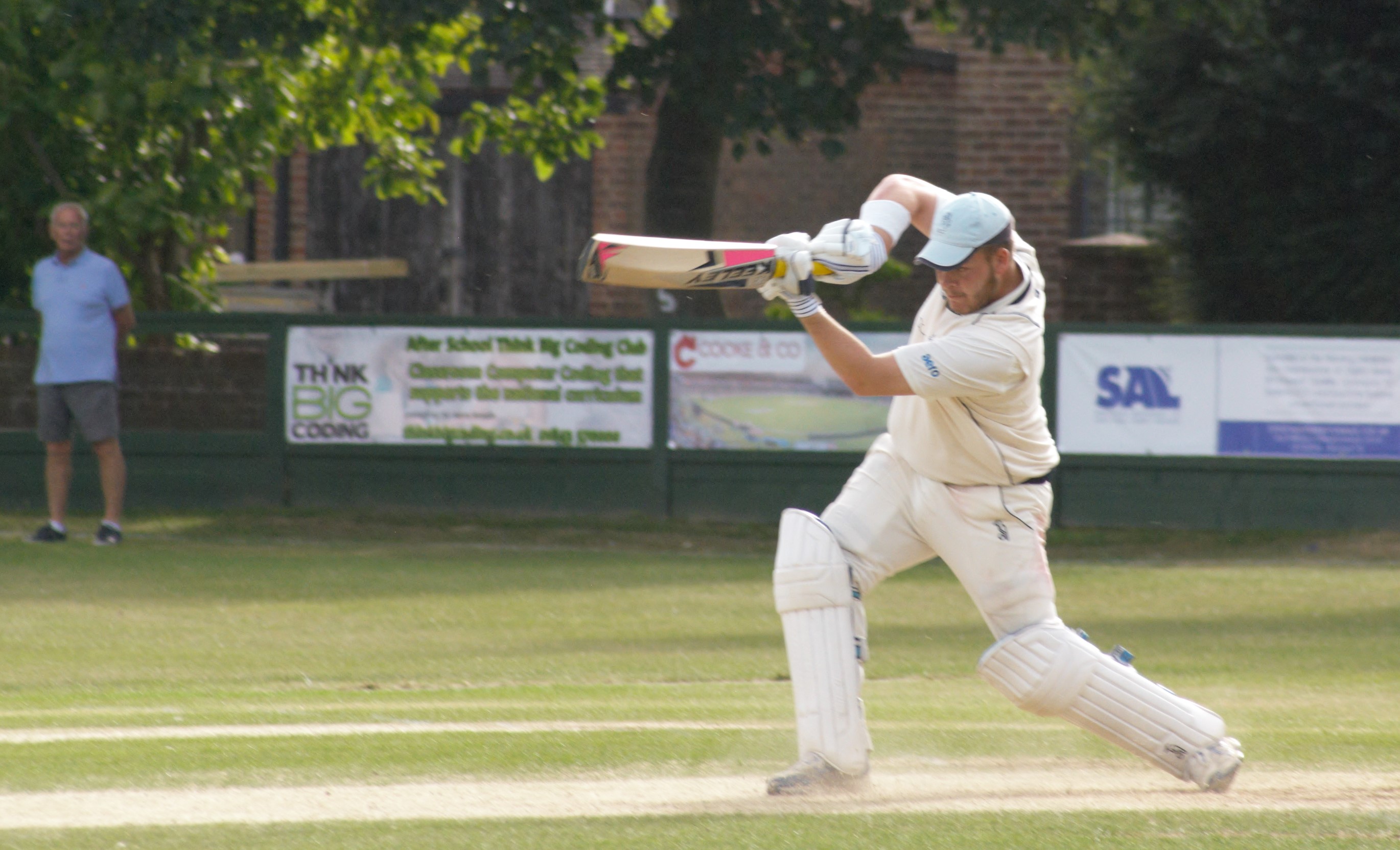