Broadstairs were back to winning ways this week with a comprehensive 48 run victory against high flying St Lawrence & Highland court.

On yet another extremely hot and humid day, Andy Marshall won the toss and chose to bat. Lee Hewitt (60) and Nathan Fox (8) got us off to a good start, Lee finding early boundaries but in the eighth over Natty edged behind. Lewis Hewitt (25) came in to join his dad and after being dropped first ball he took the attack to the opposition. Thunderous blows all around the park, 22 of his runs came in boundaries but he then got beaten on the drive and his typical gung ho innings had come to an end.

Archie (65) was next in and with Lee helped push the score along, a mix of boundaries and singles kept us ticking over. The outfield was extremely quick due to the recent weather and both batsmen were making good use of it, at the halfway stage we were 135-2. Lee brought up a superb half century on a day when so many players from past and present were at the club and there to applaud. He was bowled in the 27th over but his job had been done, the foundations had been laid, now was time for fresh legs to keep us going!

Luke (16) was next in and hit a couple of boundaries including one of his trademark sweeps for six but he nicked behind shortly after, James (9) was LBW, Andy (3) edged behind and when Joe Mccaffrey making his second team debut was run out for 1 we had gone from 146-3 to 205-8 with 10 overs still remaining. Knowing how much not batting the overs had cost us last week against Bickley Park, Oli Frewin (26*) and Bradley Ellison (27) consolidated and saw the spinners off whilst picking up the singles with the odd boundary thrown in for good measure.

St Lawrence tails were up and were looking at chasing a total of 210, but the 2 batsmen made the fielding team stay out in the searing heat! Brad eventually fell to the last ball of the innings but we had amassed 263 and the 9th wicket partnership had produced a decent 58 runs of the last 10.

After a tremendous tea (the honey and mustard sausages were a massive hit)! Archie and Brad opened the bowling, we knew the batting line up was strong and we’d have to be at our best and we got off to a flying start courtesy of a run out. Saints skipper Lewis Jenkins hitting the ball straight to Natty and setting off, Natty threw the ball into Lee who whipped the bails of and we had our first wicket. The other opener Paul Reynolds was trying to attack hitting over the top putting us on the back foot. It wasn’t until the 14th over when we got our second wicket, Reynolds trying one hit too many and Lewis Hewitt taking a very good catch at deep mid off (49-2) . After 2 very rusty overs from Luke Palmer he then took the next wicket, Turrell finding Archie and the Brad with the penultimate ball of his spell had the number 3 LBW we had them 69-4. Surely we had this in the bag??!!

Oli was on and struck in his fourth over, bowling Shaw (90-5) and Joe also picked up his first wicket, bowling Sims (124-6). But then the drama unfolded, Joe forced Fowle into a false shot and it fell to Oli who was unable to cling onto the catch, Fowle the proceeded to continue his attack, 6,6,4 and all of a sudden the was a sense of panic. Oli picked up a second wicket with a nice stumping from Lee (153-7) but Fowle was still finding boundaries.

St Lawrence had moved onto 191 in the 44th over when the champagne moment of the match happened. Ashley into the attack and Fowle took on Lewis, hitting the ball straight and high, Lewis ran around but always looked like he would just be out of reach, with the ball inches from the ground, Lewis threw himself forward, getting his hands underneath and keeping hold of the ball. A truly amazing catch and made even more better with the packed clubhouse watching, cheering and applauding.

Tray picked up a second with another stumping for Lee and Natty brought the innings to a close when he found a top edge and Lee ran round to take the catch 215 all out and a well deserved win. We played exceptionally well with some great individual performances. This win put us 5th, 15 points from top but destiny is in our hands, with home games against close rivals, Old Wilsonians and Bexleyheath to come and the away games against the bottom 3 we just have to keep on winning.

Next week we travel to HSBC who are fighting for their lives to stay up, a game we should win but we need to stay focused and not underestimate them.

This weeks MoM was a tough decision, but as it was his day, he also produced a cracking tea, set us up with a great 60, took 2 stumpings and a catch (and a no ball for gloves in front of the stumps) Lee Hewitt takes the honours, well played Sir. 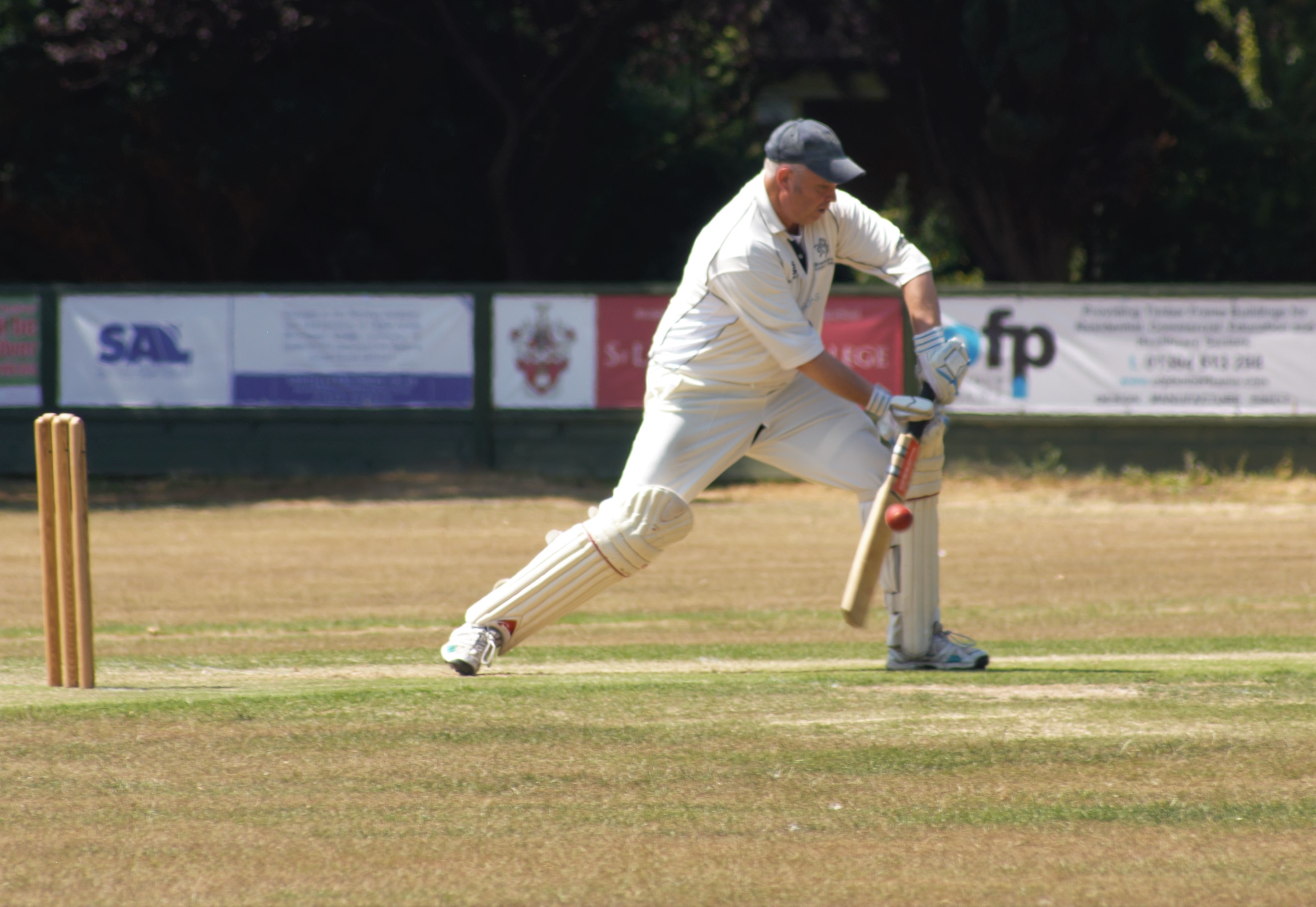 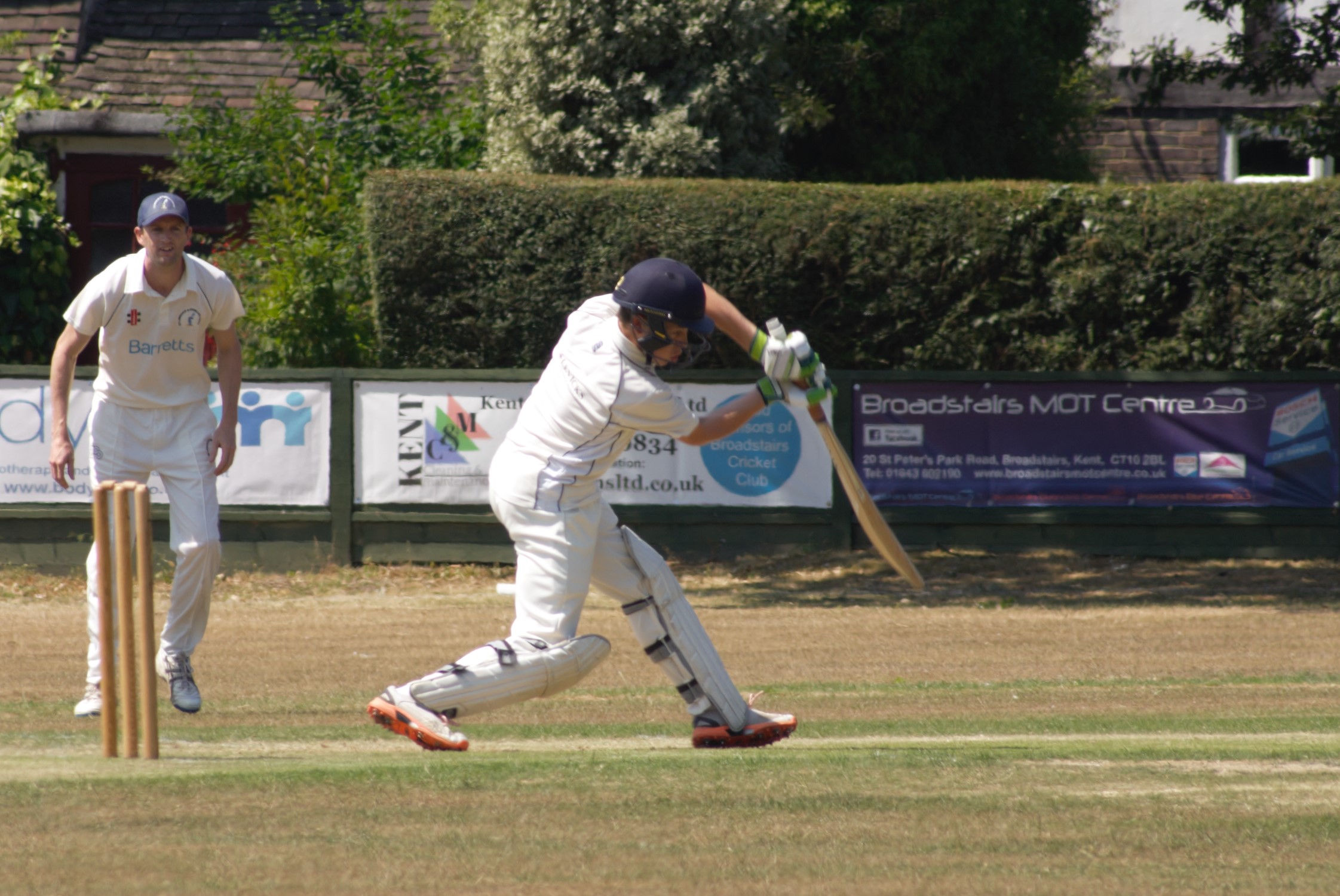 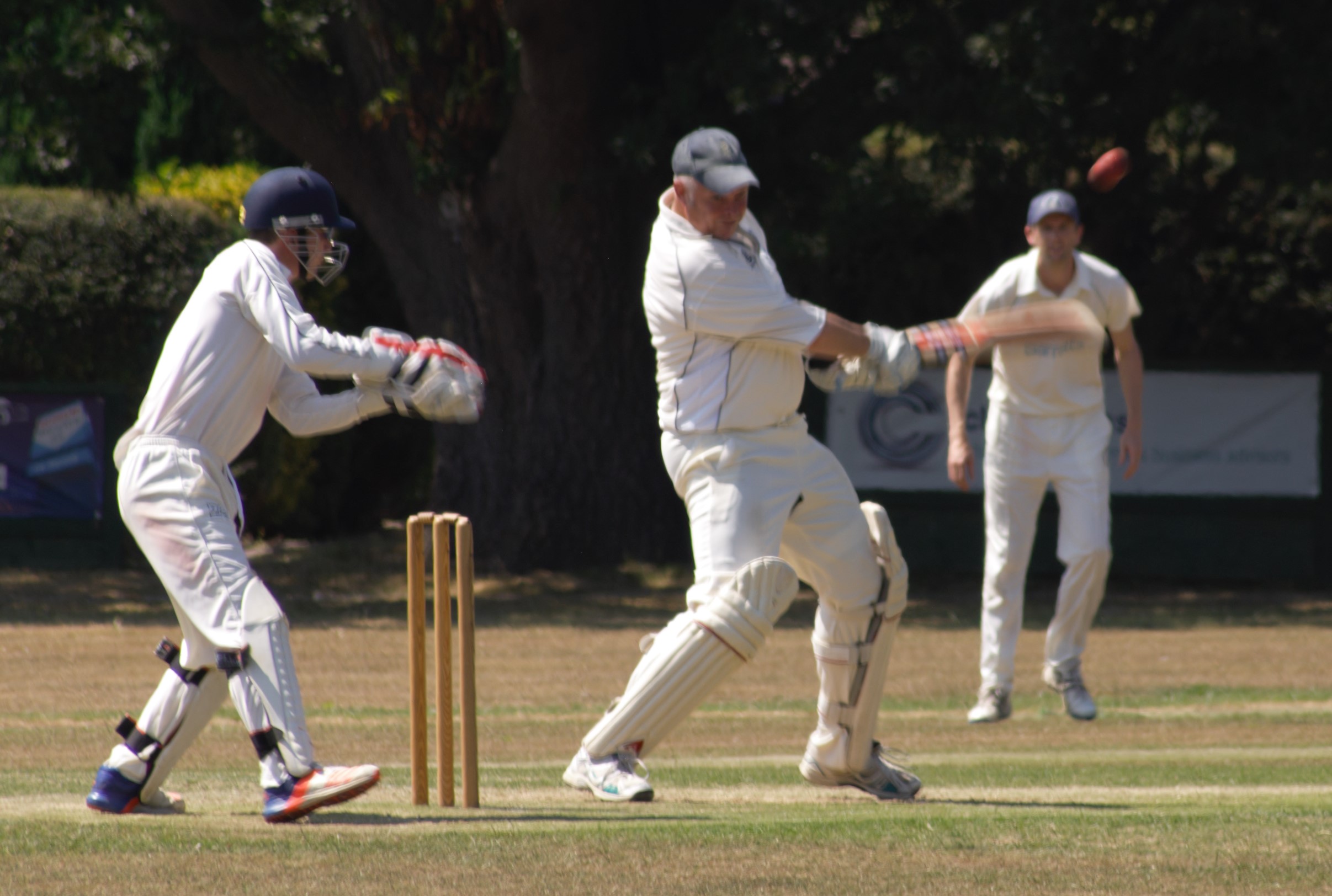 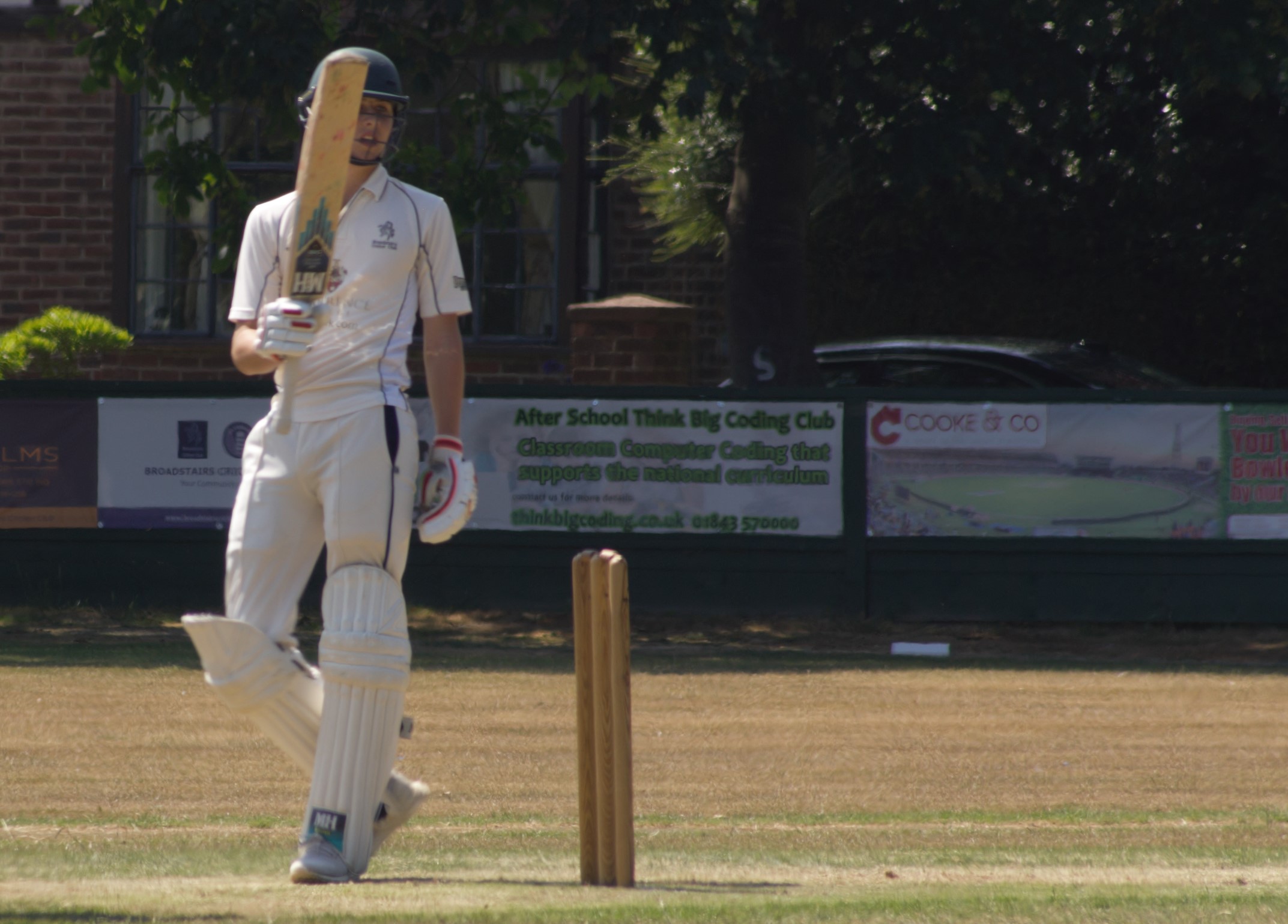 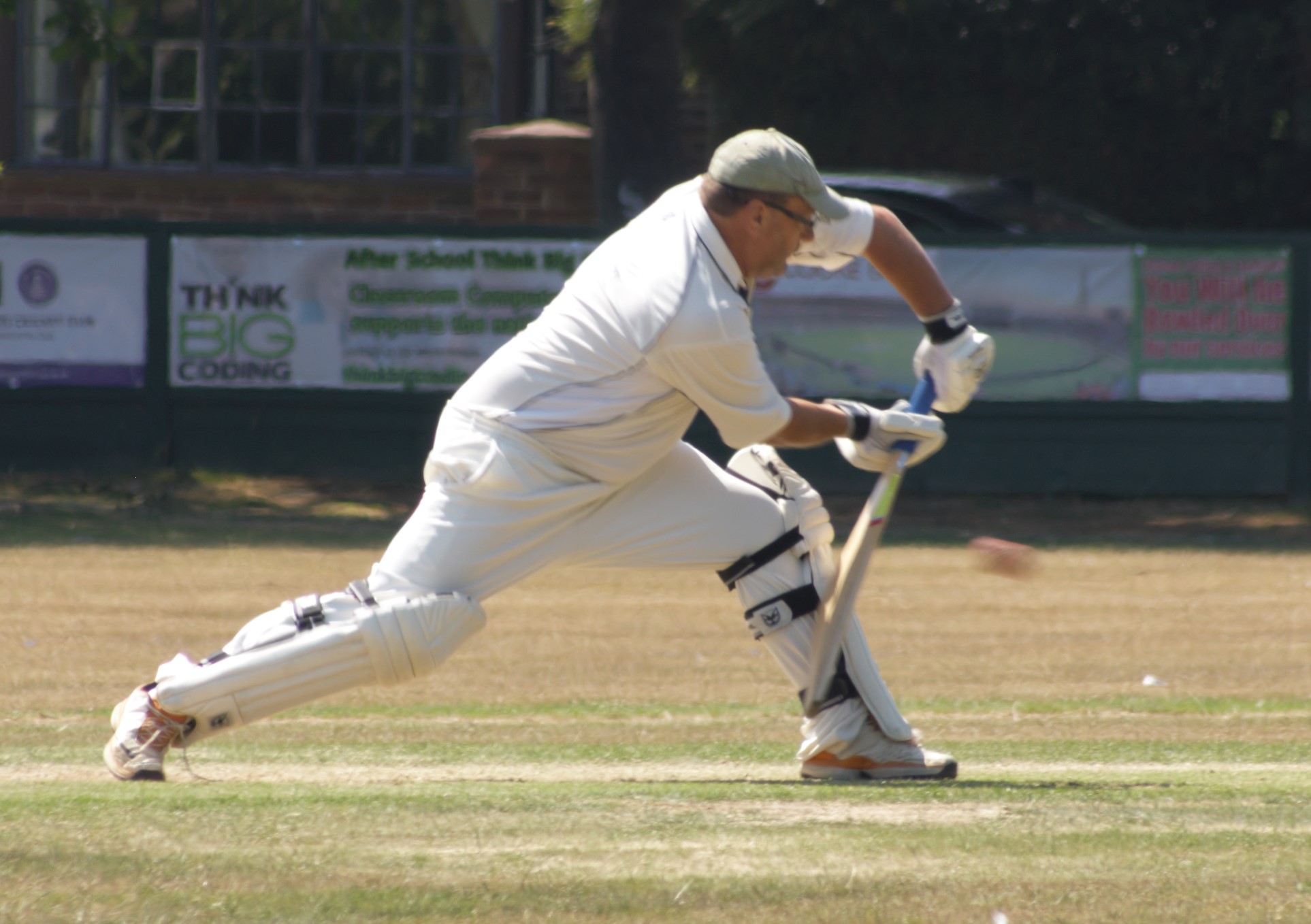 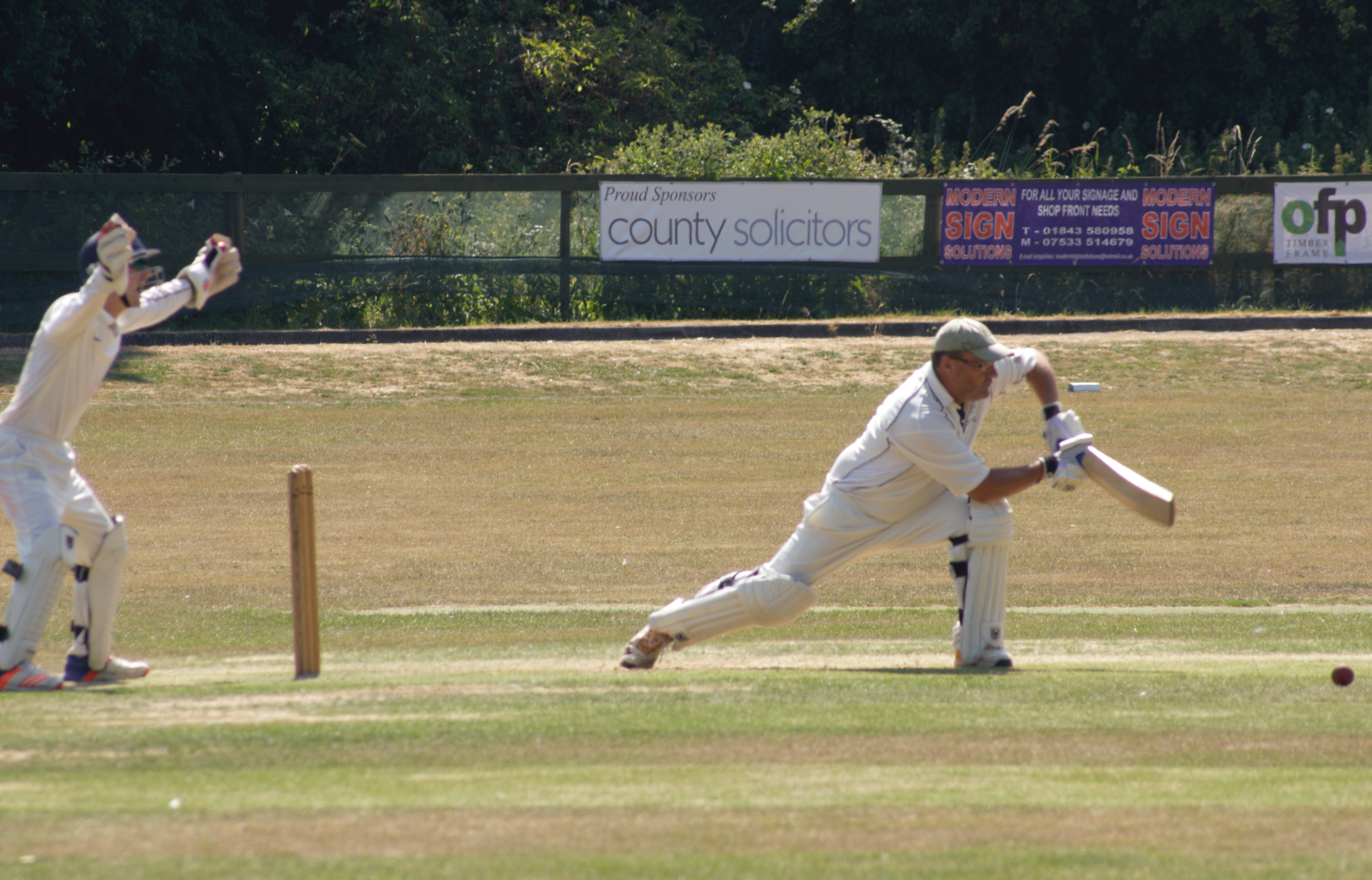 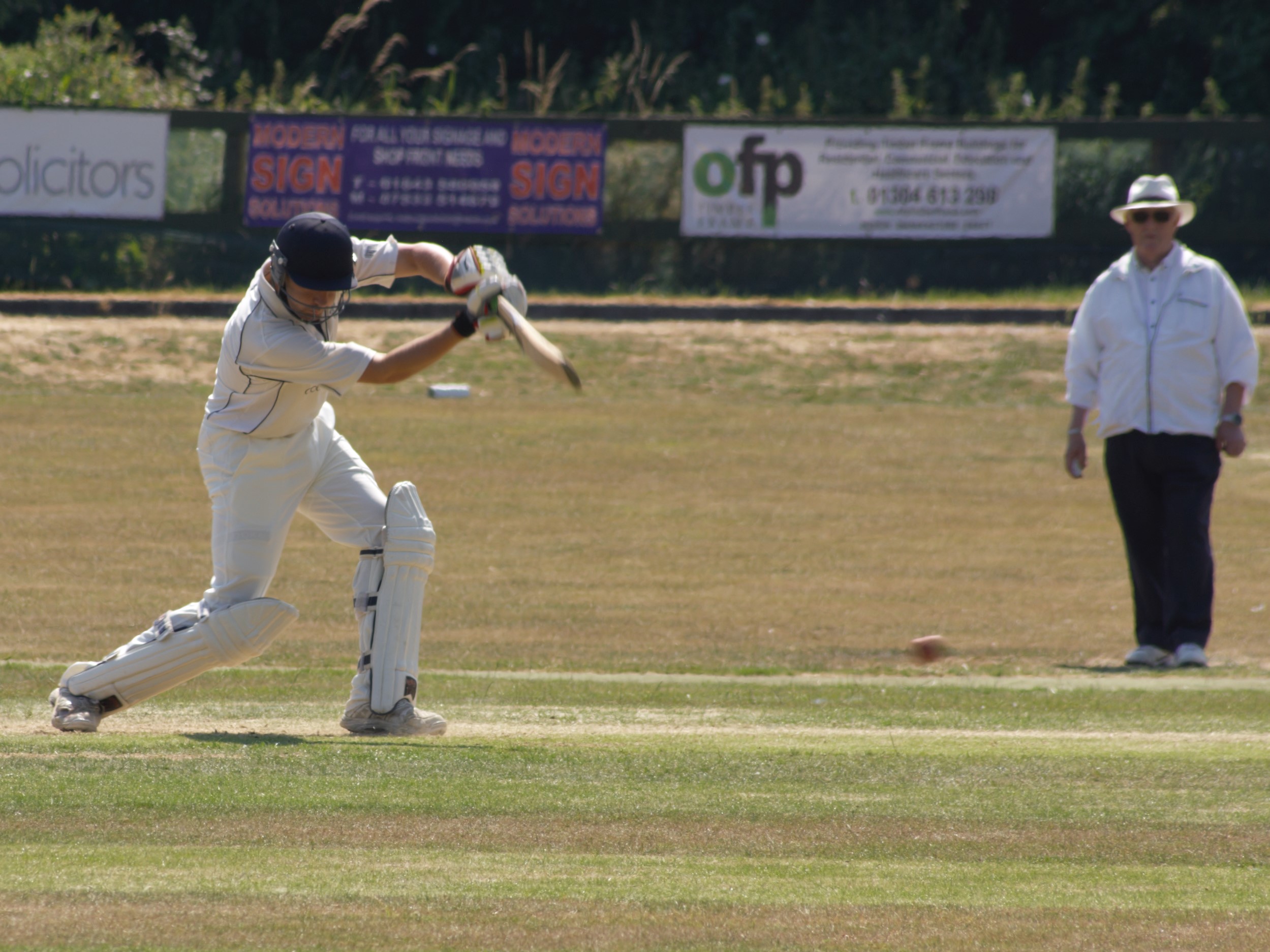 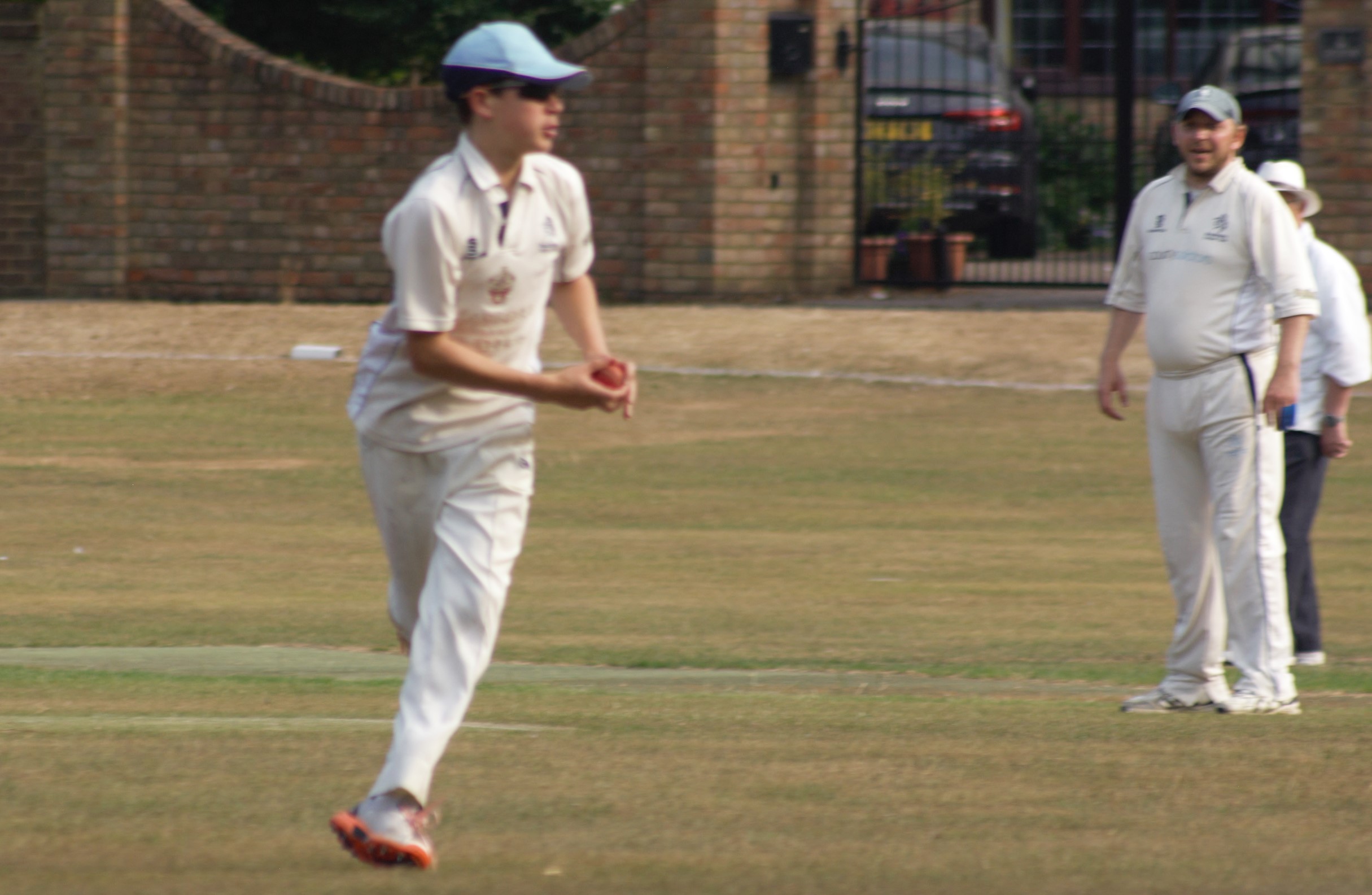 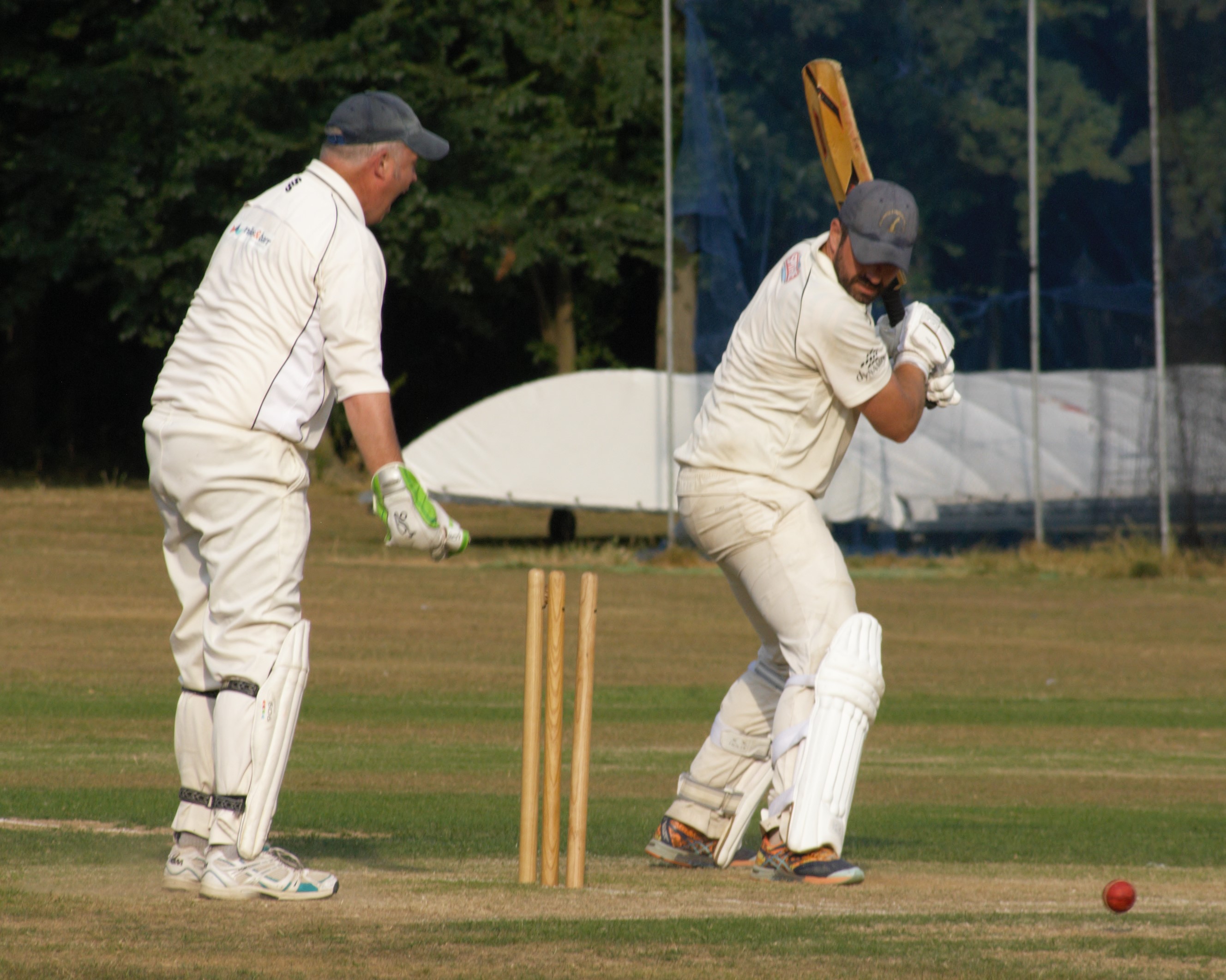